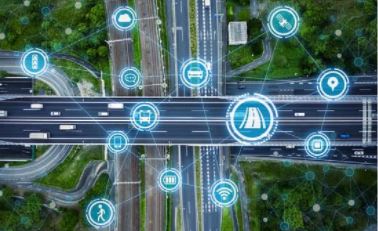 Few elements impact residential property markets more than major infrastructure projects.
Big infrastructure developments like motorways, rail links, hospital and universities can greatly improve the appeal of locations by improving their amenity or by making them more accessible.
But the power of infrastructure spending goes much further than that. Many of these projects are multi-billion-dollar enterprises which generate enormous economic activity and employment, with contracts handed out to dozens, if not hundreds, of businesses.

All of that translates into elevated demand for real estate. When the Gold Coast was preparing to host the 2018 Commonwealth Games, there was a real estate boom in the years preceding the event. This was because there was massive construction of new infrastructure and expansion of existing facilities as the city geared up to host the big event and the influx of visitors. Lots of people moved to the Gold Coast to work on those projects and they all needed somewhere to live.

One of the features of big infrastructure projects is that they can have major impacts at different stages of the process, particularly …

With that in mind, here are five of the most influential infrastructure enterprises currently happening in Australia …

The Inland Rail Link
The $15 billion Inland Rail Link, currently the nation’s most far-reaching infrastructure project, is well under construction and locations along the route have already felt the impact on real estate markets.
The Inland Rail Link connects Melbourne to Brisbane via the regional areas of Victoria, New South Wales and Queensland. Key transport hubs along the route include Parkes, Moree and Toowoomba.
The Federal Government’s official launch ceremony for the project was held in Parkes and the section of rail through that region is already built. The real estate market in Parkes has boomed, with its median house price up almost 20% in the past 12 months.
The current stage is constructing the section through Moree and the median house price there has risen 47% in the past 12 months.
I’m expecting a dramatic impact on real estate in Toowoomba, which is the main pivot point in Queensland. There will be a major transport hub there featuring the new Wellcamp Airport and the Inland Rail Link facility.

Western Sydney Airport
The biggest employment nodes in all of our capital cities include the commercial and industrial precincts that surround the major airports.
Badgerys Creek, the site of the planned Western Sydney Airport, is destined to become an economic powerhouse. Government plans for recovery from the impacts of Covid-19, which include fast-tracking major infrastructure development, will enhance the importance of this precinct.
The region surrounding the airport has been dubbed “Aerotropolis” because of the massive projects planned for this location. At the centre of this development will be the $5 billion Northern Gateway, a planned city featuring an international university and education precinct; a wellness and healthcare centre; a Westfield retail entertainment precinct; and a hi-tech logistics hub.
This constitutes a massive new employment node and the availability of employment opportunities will drive big demand for housing accommodation nearby.
Billions are being spent on road and rail infrastructure to cater for a population that is predicted to swell to around 300,000 by 2036. As these projects roll out, the Liverpool City Council area is becoming an independent satellite economy.
Suburbs that are strategically located near the airport development are likely to benefit from the evolution of this precinct through rising property prices. Relative affordability has made the region popular with first-home buyers.

M1 Duplication, Brisbane-Gold Coast
Queensland is gaining more from interstate migration than any other state, by a considerable margin, with much of the new population growth concentrated on South-East Queensland. This places pressure on existing infrastructure, with the notable example of traffic congestion between Brisbane and the Gold Coast, focussed on the M1 motorway.
But this is expected to ease, with the State and Federal Governments having pledged $1.5 billion towards a second M1 which will feature the Coomera Connector – a 45km motorway linking Loganholme and Nerang. Construction of Stage 1 is expected to begin in 2021.
Logan has a strategic location halfway between the Brisbane CBD to the north and the Gold Coast to the south – with major road and rail links in both directions. Other major projects in this precinct include the $1.5 billion Crestmead Logistics Estate launched in 2020 as a major new jobs node.
Projects like this build on the number of multinational businesses and fast-growing start-ups that have moved to the city in recent years. As a result, the Yatala-Staypleton-Ormeau precinct is gaining a reputation as the number one hotspot for logistic-oriented companies
Recently, a $1.2 billion agreement was signed by local authorities and private developers to build essential infrastructure in Logan’s Priority Development Areas Yarrabilba and Greater Flagstone.
All of this is a major generator of employment and demand for real estate.

Monash City, Melbourne
Monash’s massive hospital and medical precinct, supported by extensive high -ech industries, gives the City of Monash the largest concentration of jobs in Melbourne outside the CBD. This is a key reason why unemployment has been at least two basis points below the State and National averages for eight years and was just 4.4% in December 2020.
A construction boom is currently under way with a common trend being to knock down older buildings and replace them with larger houses or multi-unit developments. An average of $1.5 billion has been spent on construction annually for the last four years.
There has been major renewal and redevelopment in Glen Waverley in the past few years while the Clayton Health and Education precinct is expanding. This is the location of Australia’s first dedicated heart hospital which is now under construction.
A further boost will come in the form of the $50 billion Suburban Rail Loop which will see a new transport super hub built at Clayton. The first stage of the 90km project will run from Cheltenham to Box Hill, revitalising the surrounding areas.
Strong population growth is expected to continue, bringing about much urban renewal. These factors are identified in the State planning instrument and augur well for future housing demand.

The 2032 Olympics
The Olympics is a sporting event but in terms of its impact on Brisbane and South East Queensland, it’s a massive infrastructure enterprise.
Brisbane, the Gold Coast, the Sunshine Coast and other parts of Queensland will jointly host the Olympics, which will unleash extensive investment in venues, transport and tourism facilities.
The State Government has already announced that $1 billion will be spent on a re-development of The Gabba, which will host the opening and closing ceremonies in 2032.
The Gold Coast already has modern facilities for the sports it will host in 2032 but more investment will be needed.
But the biggest outlay will be in upgrading transport infrastructure, including rail links. It has been suggested, quite seriously, that the mayors of the various local councils in South East Queensland (who meet regularly to discuss infrastructure needs in a region with big population growth and growth pressures) concocted a plan to bid for the Olympics as a means of achieving the transport upgrades they wanted.
One of the big projects already well advanced is a duplicate motorway to the M1 which connects central Brisbane to the Gold Coast (refer above).
While the Queensland Olympics is a decade away, the work starts now and the impact on Brisbane real estate will be immediate and considerable.