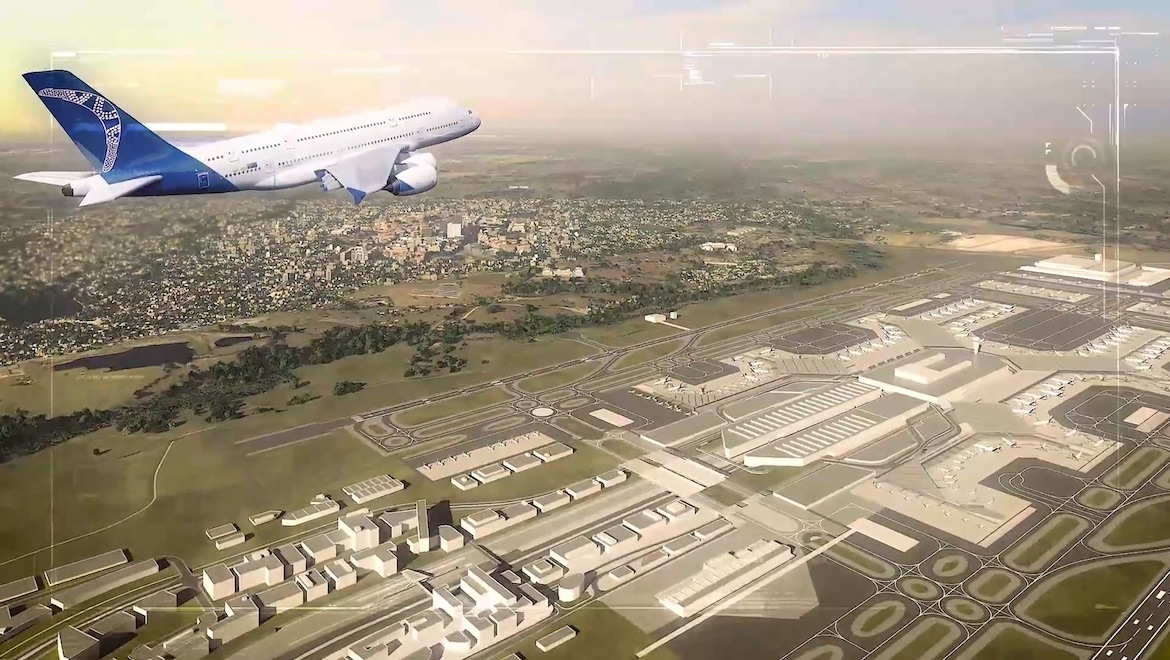 Anyone seeking a philosophy as the basis of an investment strategy, here’s a good one: follow the infrastructure trail. Buy property that lies in the path of progress.

In Sydney, nowhere fits that philosophy better than Western Sydney. A major share of the infrastructure under way or in planning for the Greater Sydney Area is focused on Western Sydney, inspired by the evolution of the new airport at Badgerys Creek.

Western Sydney is Australia’s third largest economy, housing almost half of Sydney’s total population and producing 31% of Sydney’s Gross Regional Product and, at around $100 billion, 8% of the national GDP).ba

Over the past decade the Western Sydney population has grown faster than the Rest of Sydney population and is likely to continue to do so, given the availability of land for new communities and given also the drawcard provided by the new airport.

The key thing about a major city airport is the commercial/industrial hub it creates. This is set to become one of the biggest employment nodes in the Sydney metro area and people will always want to live as close as possible to where they work. So residential property markets in neighbouring municipalities like Liverpool, Blacktown and Penrith will be boosted.

According to the definition in a recent NAB report, Greater Western Sydney extends from Canterbury-Bankstown in the east to the Blue Mountains in the west and from the Hawkesbury in the north to Wollondilly in the south and comprises 13 local government areas. It is expected to absorb two-thirds of the future population growth of the Sydney region.

Because of the magnitude of the growth expected, the Western Sydney City Deal has been put together in a partnership between the Federal Government, State Government and the local governments of the Blue Mountains, Camden, Campbelltown, Fairfield, Hawkesbury, Liverpool, Penrith and Wollondilly.

Some of the highlights of the Western Sydney City Deal include creating the 30-minute city through the delivery of the North South Rail Link together with other connective infrastructure, as well as contributing to 200,000 jobs through the new Aerotropolis which will have Sydney’s second airport at its heart.

The creation of new infrastructure is a fundamental piece of Greater Western Sydney’s growth plans, with projects worth $35 billion in the pipeline. These include major new road and rail links.

Private investment opportunities will abound as Sydney’s new aerotropolis development takes off. Precincts focused on agribusiness and manufacturing are expected to be up and running by the time the airport opens in December 2026.

Several businesses in those sectors have committed to build facilities in the area, including advanced 3D-printing company GE Additive, Australian vitamin and pharmaceutical maker Vitex, along with the Australian Space Agency and 18 SMEs in aerospace.

Additionally, aerospace company Northrop Grumman has committed to a $50 million investment in an advanced defence electronics maintenance and sustainment centre. Japanese multinationals Mitsubishi Heavy Industries and the Sumitomo Mitsui Financial Group have also agreed to invest in the aerotropolis. The state’s largest wholesale produce market, Sydney Markets, has signed an agreement to expand into the aerotropolis.

Another reminder of the importance of this precinct came with the recent announcement of approval for a rezoning plan to allow a $1 billion revamp of the Mount Druitt CBD.

The rezoning proposal paves the way for 2,800 new homes to be built in the precinct, as well as new cafés, restaurants, retail outlets and commercial space in taller buildings.

Premier Gladys Berejiklian said the Mt Druitt CBD rezoning was one of the first projects to have its assessment fast-tracked as part the Planning System Acceleration Program that is designed to keep people in jobs and the economy moving during the COVID-19 pandemic.

More than 2,900 construction jobs will be created to build the new hub, as well as thousands more permanent jobs as the new CBD comes to life.

All of this creates a potent mix to drive demand for housing - and price growth over time is inevitable in the LGAs of Blacktown, Liverpool and Penrith, with the momentum spreading further south to Campbelltown and Camden.

Many suburbs throughout these precincts already have good track records in delivering capital growth: most suburbs in the Blacktown LGA, for example, have long-term growth averages between 7% and 8% per year, which is as good as anywhere in the nation.

Despite strong growth in recent years, these precincts offer the best affordability in the Greater Sydney Area. Most of the Blacktown LGA suburbs have median house prices in the $600,000s, while typical suburbs in the Campbelltown LGA are in the $500,000s, as are some locations in the Penrith and Liverpool LGAs.

Suburbs with substantial unit markets typically have median prices somewhere in the $400,000s.

To find the best investment grade properties in Western Sydney you will need local knowledge and expertise.  The team at propertybuyer has investment buyers’ agent specialists with decades of experience and the right contacts to find off market properties in these areas.