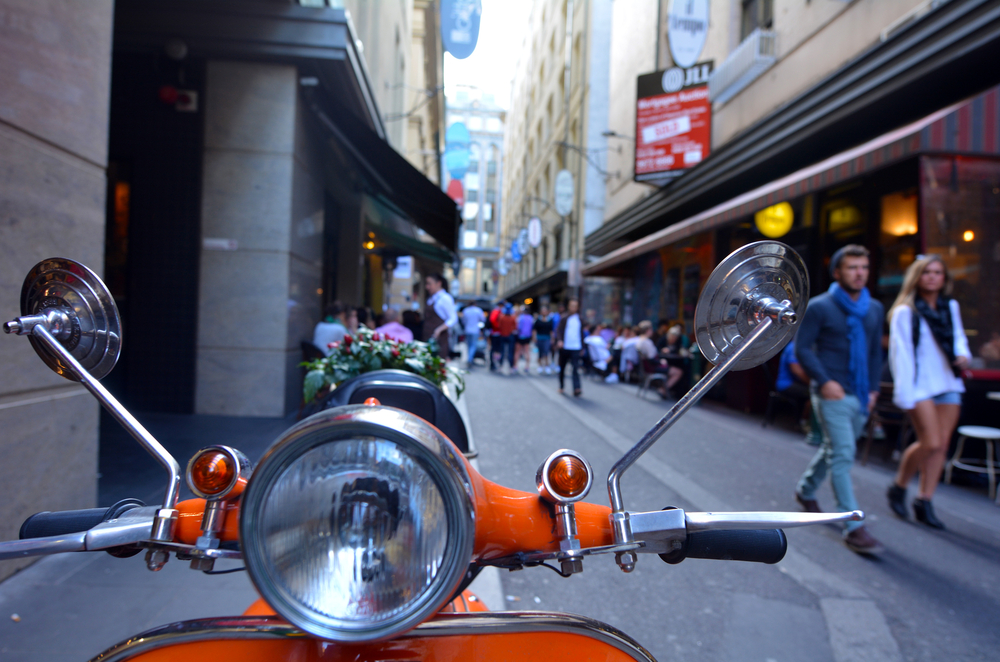 It’s no secret that Melbourne’s property market has had a tough year, with reductions in prices across large parts of the city.

Like Sydney, a number of factors have seen fortunes reverse after a very good couple of years, but it’s not all bad news. Storm clouds for some are a signal to stay inside, while for savvy investors it’s a sign the sun will surely shine again soon.

And right now, Melbourne is home to a number of suburbs that present interesting opportunities to at an attractive price and hold for the mid- to long-term.

Some of them are obvious – prime positions where demand has plummeted – while others are a little harder to spot – former light industrial pockets that are becoming super cool.

Here are the five Melbourne marvels that are worth exploring.

This underrated little pocket of Melbourne’s inner-north is hipster heaven, but it doesn’t get the same attention as other hot spots – yet.

Abbotsford is surrounded by the uber-trendy locales of Collingwood and Richmond, and is just down the road from Fitzroy – but it’s also a cool kid in its own right.

Abbotsford boasts incredibly easy access to the city with good transport links and a distinct look and feel that’s appealing to current and future residents. There’s character galore, but plenty of opportunities to snap up a property in need of a bit of TLC.

Lifestyle amenities are quite good but still emerging, with new bars, cafes and boutiques popping up all the time.

There have also been a number of really interesting ‘laneway developments’ here, where essentially the modest backyards of cottages have been utilised to house new architecturally designed and space-efficient homes. As well as being hugely sought-after, they’ve added to gentrification and a renewed local energy.

Abbotsford homes reflect a median price of just over $1.1 million, while it’s units are priced at an enticing median of $475,000 according to realestate.com.au.

Sure, you’ve heard of Brighton and its more affordable sibling Brighton East, so they’re not exactly under the radar. But the changing market means the latter presents exceptional buying.

Buyers that would normally target this leafy suburb have been gun shy of late. Seemingly daily headlines about price falls in Melbourne, as well as elsewhere in Australia, have them spooked.

Owner-occupier families that would ordinarily love Brighton East, drawn by its period and character-oozing homes on generously sized blocks, on gorgeous tree-lined streets, are keeping their distance and watching and waiting.

This means there are discounts on offer on premium family homes that will hold their value in the long-term. Plus, many have big backyards that are crying out for an extension, adding some serious value to an already attractive investment prospect.

And with a host of trendy cafes and boutiques a stone’s throw away, plus a quick commute to the CBD, you can’t go wrong in Brighton East.

For Brighton East, the median price for houses and units is $1.85 million and $940,000 respectively. Not small coin, but certainly realistic for the location and quality.

It takes a little while for a bad reputation to ease and perceptions to change, especially in real estate, but Melton is slowly changing people’s minds.

The black sheep of Melbourne, this sizable suburb about 35 kilometers north-west of the city has turned over a new leaf in recent years. Now, people are beginning to notice.

It’s well-connected to the city via road and rail, a pretty quick run down the road to the airport and accessible to and from the hub of Geelong.

Well-priced family homes are enticing a new crop of youngsters in search of bang for their buck and, as a result, the look and feel of the suburb is changing. There has been a lot of development that’s raising the quality of housing stock.

And, with the influx of new residents, amenities are improving too.

Sometimes distance from a major city isn’t necessarily a bad thing, which is definitely how the locals who love Camberwell tend to feel.

It seems like you’re a million miles away from the hustle and bustle, smog, noise and traffic, but in reality, it’s not as far as it looks on the map.

While it’s a bit out of the city, Camberwell is very well connected to Melbourne’s heart via road and public transport links.

It’s a suburban oasis, with nice homes on good-sized blocks which tend to all be located just a few minutes from a gorgeous green park that’s perfect for kids. Families are flocking here for this reason, as well as the good local schools.

Median prices in Camberwell sit at approximately $2 million for houses and $940,000 for unit, reflecting its upwardly mobile status among homeowners.

Moonee Ponds moves up the ladder

In real estate investment, everyone is always looking for the next big thing. A decade ago when those in the know started talking about Fitzroy as a hot spot, some might’ve laughed in their face.

And yet, an invasion of trendy and cool young people saw its stocks lift and prices boom. They brought their cafes, pop-up restaurants, packed bars, art studios, rooftop beehives, hot yoga… you name it. With that, everyone wanted to call themselves a Fitzroy local.

The reality is many have now been priced out and they’re starting to move to the next pre-cool suburbs... and Moonee Ponds is one of them.

Trendsetters have been active here and they’re bringing hot new amenities along for the ride – sure to have the well-heeled purchasers swooping on in in the future.

The suburb is also well-served by public transport and is an easy bike ride to nearby hubs as well as the city.

The median house price is $1.36 million and unit figure is $490,000 according to realestate.com.au so – an attractive option for the value-conscience Melbournian.

Of course, picking Melbourne hotspots is just one step in the analytical process of securing an excellent property option. If you’re keen to explore more in the country’s café capital, be sure to contact our talented buying crew and have them working to secure the best possible holding for your needs.

Our friendly team of Buyers Agents would be glad to help you further.  Tell us your property brief  or call us on 1300 655 615 today.