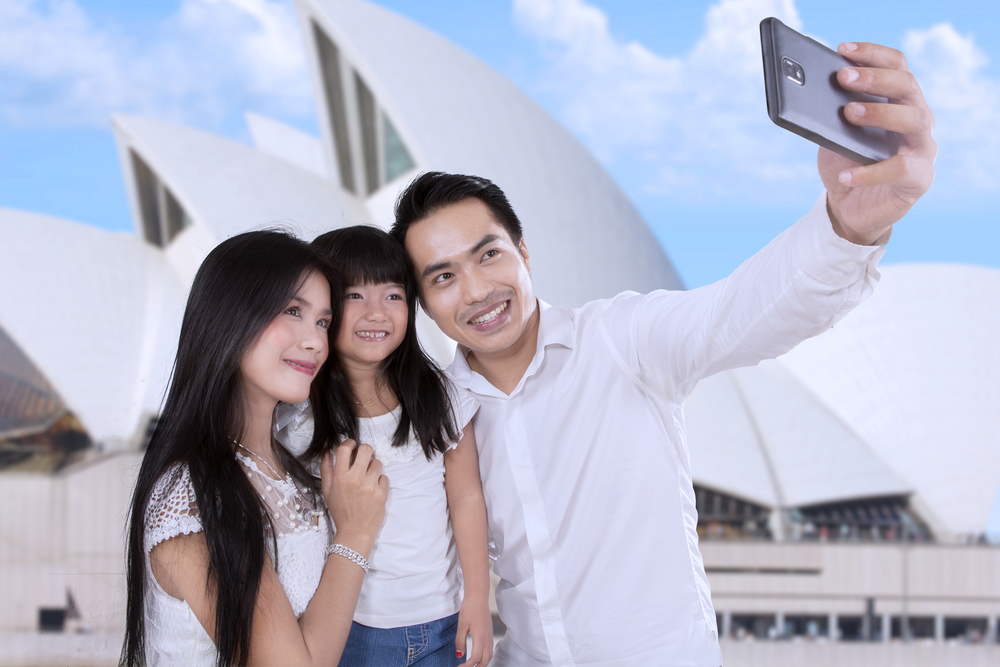 By the end of this decade, Australia’s population is projected to hit 30 million people.

We’re growing quickly as a country, forcing cities to adjust with new infrastructure, huge investments in housing stock, the creation of new suburbs and the transformation of existing ones.

A large proportion of that population growth will be due to overseas migration, with the rate of people coming from abroad to settle in Australia sitting at about 240,000 per year.

This will have a big impact on property markets around the country, but especially in the two most populated cities of Sydney and Melbourne. Here’s how real estate investors can take advantage.

Overseas migration is critical to Australia’s future for a number of reasons.

For one, our birth rate has fallen over recent decades and is now not high enough to underpin the workforce needed in the future to keep the economic engine roaring. People settling here helps with the shortfall.

Secondly, our ageing population is already costing the country and the bill for health, care and housing will only grow into the future. Australia’s coffers need more taxpaying residents to contribute to it.

Thirdly, there aren’t enough people to fill critical, highly skilled occupations – particularly jobs like doctors – and we attract a number of overseas professionals to perform those functions.

And finally, we’re a vibrant multicultural nation and always have been, so migration helps to ensure the richness of our culture and diversity of our society.

In the year ending June 2018, Bureau of Statistics data shows that New South Wales attracted the most migrants at 89,800, followed closely by Victoria with 85,100.

That year, across the board, net overseas migration fell for the first time in a decade thanks to policy changes and other trends. But it’s not expected to be a long-term pattern – people coming from abroad to call Australia home will still do so in large volumes into the future.

Where are all these new Aussies coming from? The data shows that country of origin changes over time. It used to be that Oceania – our backyard – and north-western Europe accounted for the largest percentages. Think New Zealand, Britain and Ireland.

These days, South and Central Asia, as well as Northeast Asia, account for the biggest. Think China, South Korea and India.

What this means for property

Moving overseas is a pretty daunting experience. Think about it – you’re settling somewhere with few contacts, family and friends, in a strange city that you’re not familiar with, and in a place where the language isn’t your first.

The natural thing to want to do is find an area of that city that feels a little like home.

Aussies do it all the time. Look at Clapham in London or Williamsburg in New York. You’re more likely to hear our accent when walking around those enclaves than the local ones.

People who come from overseas to live and work in Australia are no different. They like to live in suburbs where their countrymen and women have already settled, where they can find a little slice of home, be it in terms of cuisine, culture or places of worship.

And they like to be able to find comfort and reassurance in those who’ve come from where they have.

That presents an opportunity for investors. We know that a critical housing shortage exists and we’re not building enough new homes for the population growth we’re experiencing. We also know that immigration is at continuously high levels.

And data shows that new arrivals from China and India in particular aspire to own their own properties.

Chinese arrivals look for a sense of community and so areas of Sydney like Hurstville, Burwood and Ashfield. They have an abundance of fantastic restaurants and social clubs, are well populated by other expats and also offer strong connections to the city.

In Melbourne, Box Hill is home to the city’s largest Chinese population. It’s a major hub that the government has declared a critical metropolitan location. The area is rich in culture and amenity with a booming population and plenty of demand for housing.

Also in Melbourne, people born in India are settling in the booming western corridor in hubs like Wyndham and Rockbank. The area has two Sikh temples as well as a large Hindu temple. But eastern pockets like Monash and the Greater Dandenong region are also incredibly popular. They also have a number of temples within close proximity.

That’s an important consideration when looking at property hotspots for migrants – places of worship.

For Indians in Sydney, Stanhope Gardens is close to a Sikh temple, as is Parklea and Glenwood. They’re also pleasant places to live with good schools and local amenities. The city of Parramatta has a large Hindu temple.

In Sydney, those from countries where Islam is the dominant faith tend to live to the west of the city in hubs like Auburn, Lakemba, Punchbowl and Bankstown. They’re close to major mosques and community centres.

In Melbourne, the best attended mosques are at Preston, Broadmeadows, Newport and Doncaster and so those suburbs are in high demand.

When it comes to appealing to migrants who are looking to lay down roots, there are some important considerations.

Think about the areas where those fresh off the plane would like to be. They’re those with good community links, familiar food and an accent or two that makes them feel at home.

Also – understand the cultural influences that can drive property decisions. Are they likely to require multi-generational housing? Do they place significance on certain house numbers? Will proximity to a temple or mosque be more valuable in terms of rental?

In addition, it’s important not to forget the fundamentals. Be sure you’re still considering areas well-serviced by transport, with good local amenity and the right type of dwelling, with good continued demand.

The safest strategy is to enlist the services of an experienced, qualified and connected buyers' agent who is working on the ground and is intimately familiar with shifting trends.