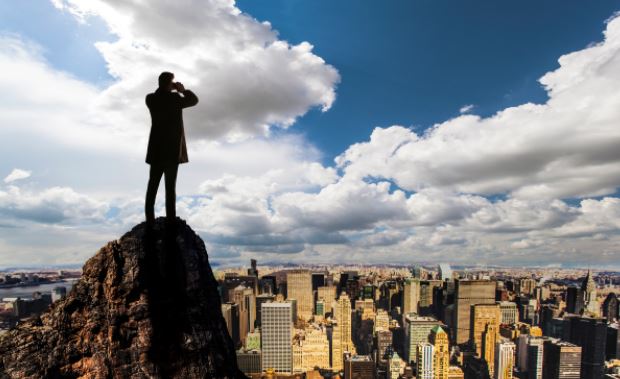 Migration Forecasts – What’s the impact on the property market? - October 2020

I’ve always thought that population growth has been over-rated as a factor in determining real estate price growth.

I’m not suggesting it doesn’t play a role but it’s not the essential ingredient that some would have us believe.

Some so-called property advisers claim that the best strategy for property investors is to follow the population growth trends – simply buy in the places where population is growing the most.

But the outcomes show that this is simplistic nonsense.

The Gold Coast has been a long-time national leader on population growth but is a perennial under-achiever on capital growth.

Going back 6-7 years, Wyndham City in the south-west of Melbourne was attracting nation-leading population growth but property prices fell.

The problem for both the Gold Coast and Wyndham City was over-supply. It doesn’t matter what your positive growth drivers are, if developers over-react and build too much new product prices will not rise and will most likely fall.

A recent report which attracted some media publicity suggested the growth corridor between the Gold Coast and the Brisbane, the Coomera precinct, was one of the best places to invest because of the strong population growth. This, again, was simplistic and ultimately bad advice.

This region is attracting big population uplift because there’s land available to create new housing estates – and the proliferation of new house-and-land packages tends to suppress price growth. This is true of many of the leading areas on population growth.

Or take Sydney’s south west region around Leppington which is proposed to have a 150% population growth over the next 20 years. But this population growth will also be countered by increasing land supply in new subdivisions for house and land development to accommodate the influx of population.

Let’s look at it from the flipside. What happens when a location doesn’t attract population growth – or its usual rate of population growth wanes? This is an important question right now because the pandemic has closed our national borders and we’re not receiving the usual level of overseas migration.

The official projections suggest a significant decline in our population growth rates.

Darwin provides a clue to the answer. The Northern Territory has really struggled as an economy and the Darwin market has been in the doldrums for the past half dozen years. There’s been little or no population growth in recent years.

But suddenly Darwin has popped up as a national leader on price growth, with strong uplift in August and September. Why? Because it’s benefiting from the Exodus to Affordable Lifestyle, with more and more Australians abandoning the biggest cities and finding cheaper places to live that offer lifestyle (and perhaps safety from the pandemic), while working remotely in many cases.

This is a clue to the likely outcomes in a nation where population growth is no longer being boosted by overseas migrants.

For most locations in the nation, the absence of people moving to Australia from overseas is irrelevant. Far more pertinent are the numbers moving from one part of Australia to another.

So, small capital cities like Perth, Brisbane, Darwin and Hobart are doing pretty well and will continue to. Brisbane has achieved good population growth in recent years, but overseas migrants have not been a key factor – it’s been driven by people moving from other parts of Australia to South-East Queensland. This trend is being enhanced by the Exodus trend.

Many of our key regional centres will continue to pump strongly, because of that same trend. Overseas migration has never been a major component of their growth and these centres will remain largely oblivious to the reduction in foreign migrants. Far more impactful will be the positive trend of growing numbers moving from other parts of Australia.

The places most likely to be affected by declining population growth rates are Sydney and Melbourne. They’re the cities that attract the bulk of the overseas migration and they’re the places that are losing the most to the internal Exodus trend.

Sydney has been a net loser to internal migration for several years and has relied on new residents from overseas for its growth.

But selected markets in two biggest cities will continue to do well – mostly likely the upper end of the market. And any negative impacts are likely to be short-term, as we are now seeing the first steps in the easing of restrictions on overseas visitors through the bubble with New Zealand.

However, tightly held suburbs in the larger cities are still likely to perform well as the supply of dwellings has always been limited. Investors and home buyers need to make an informed decision on the individual suburb they are targeting and not glibly accept a sensational headline that lower migration will cause a market crash. Using an independent and local expert buyer’s agent can help you uncover the best suburbs for future capital growth.