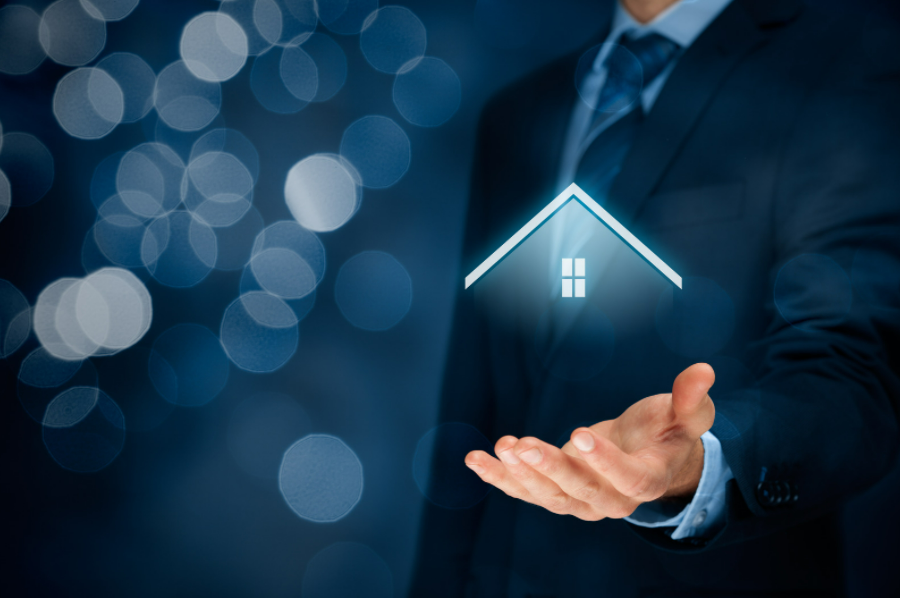 Stock shortage
The housing market looks set to be characterised by rising interest rates and a physical shortage of housing stock over the years ahead.
Rental vacancies have already fallen to the lowest level in at least 16 years in early 2022, with many markets around the country experiencing chronically tight rental markets.
Sydney and Melbourne have had elevated vacancies in the inner-city units sector, but even these markets are now tightening. 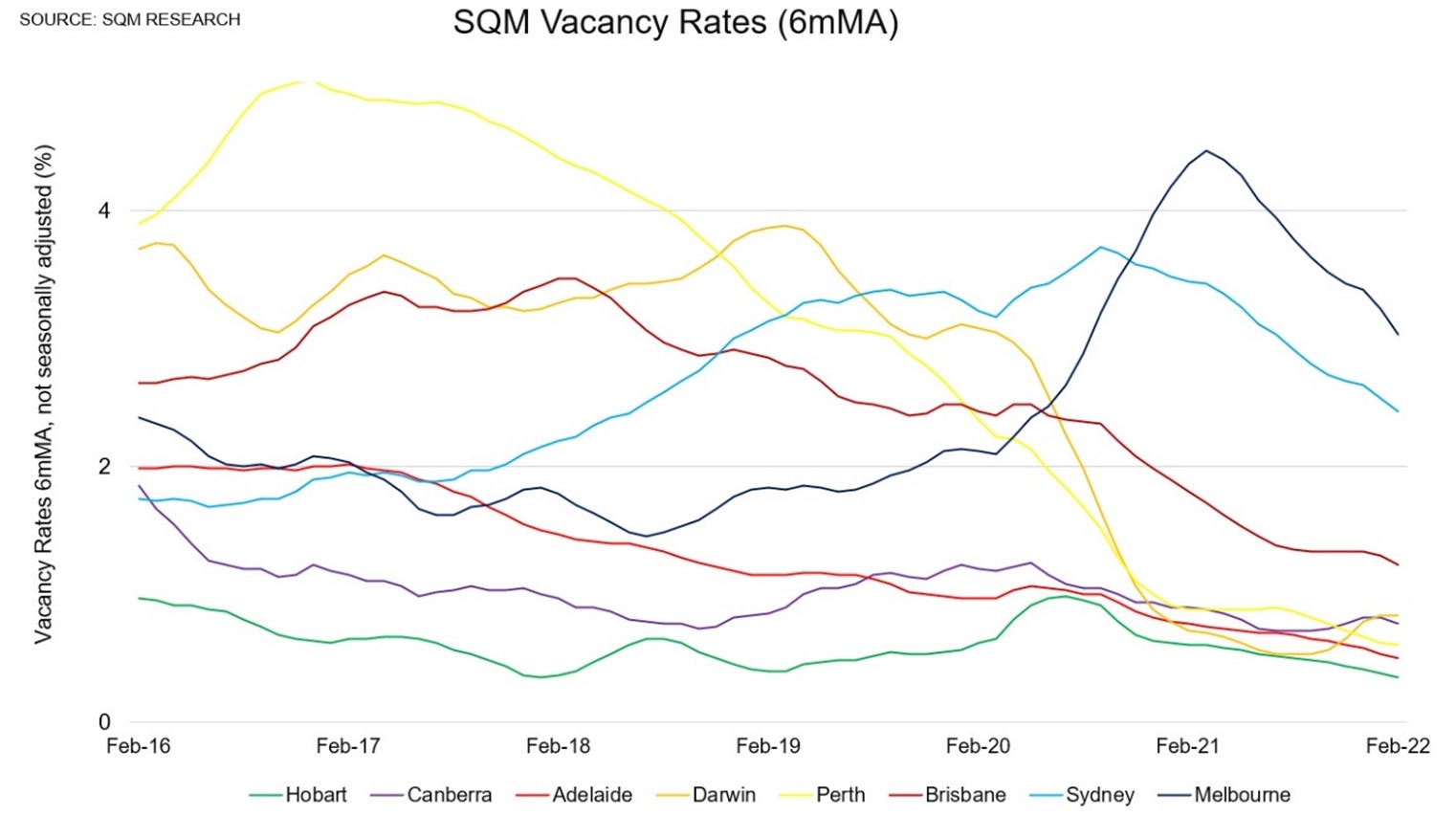 And now the borders are reopening, with over 320,000 international students already back in the country, out of a total of 445,000 student visa holders (Indian students have largely made their way back to Australia, but not Chinese students to date).
There’s an ongoing tension between employers and employees regarding the return to working in the office.
At the time of writing many large employers in Sydney and Melbourne still have their workforce predominantly working from home, with office space still running at low occupancy levels.

Developers struggling
Meanwhile, rapidly rising materials costs are threatening to send developers to the wall, with two relatively high-profile scalps already reported as heading into administration in 2022, and more likely to follow.
There’s never only one cockroach, as they say in Queensland.

And with developers typically operating on thin margins – often on fixed price contracts – the abnormally or artificially low number of construction insolvencies shouldn’t be expected to last. 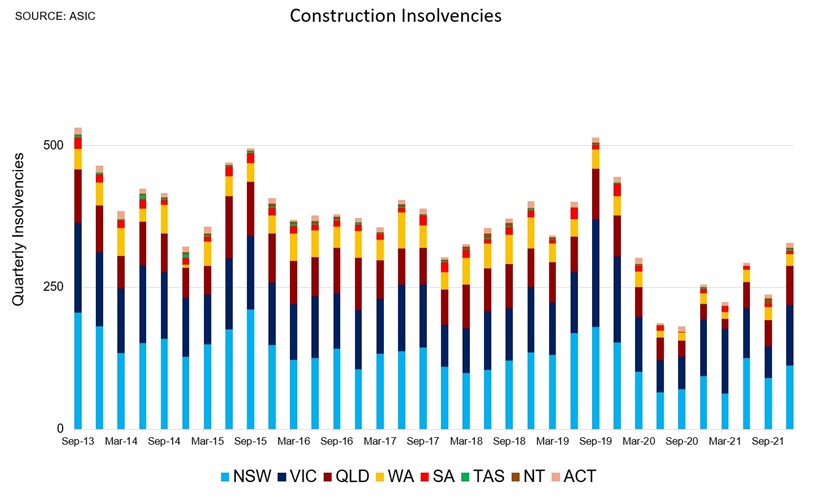 Overall, given the stock shortage and employment likely to surge to record highs of above 13½ million in 2022, it’s likely that rents will rise by 10 to 20 per cent over the course of the year, and more in some regional locations.

Household formation
That we should even have a physical shortage of housing stock after two years of border closures in counter-intuitive, especially given the relative success of the HomeBuilder stimulus package.
There are a few reasons why this has eventuated.
Firstly, many households bought second homes through the pandemic, especially in Queensland and in coastal regions of the country, which did little to alleviate the depletion of the rental stock.
There also appears to have been a decline in the average number of persons per dwelling in 2020 and 2021, perhaps driven by a ‘race for space’ through the midst of the pandemic.
The stimulus cheques through the COVID period appear to have encouraged a lift in household formation, which should be confirmed by the next Census.
Australia has a very strong population pyramid following the strong migration programme run through the mining boom years, which was heavily tilted towards younger migrants. 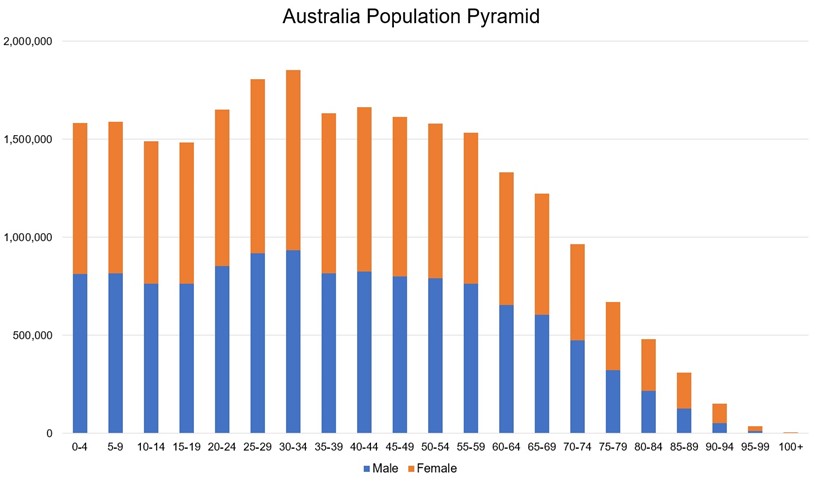 Anecdotally, we did see many young people surging into the tenant market, especially after the Q3 2021 Sydney and Melbourne lockdowns ended.

Rising mortgage rates
The other major factor likely to feature over the coming year or two is the rising inflationary pulse, and the likely impact on mortgage rates.
Fixed mortgage rates have already been rising for some time, but at the time of writing variable mortgage rates remain on the floor, partly reflecting stiff competition in the lending space. 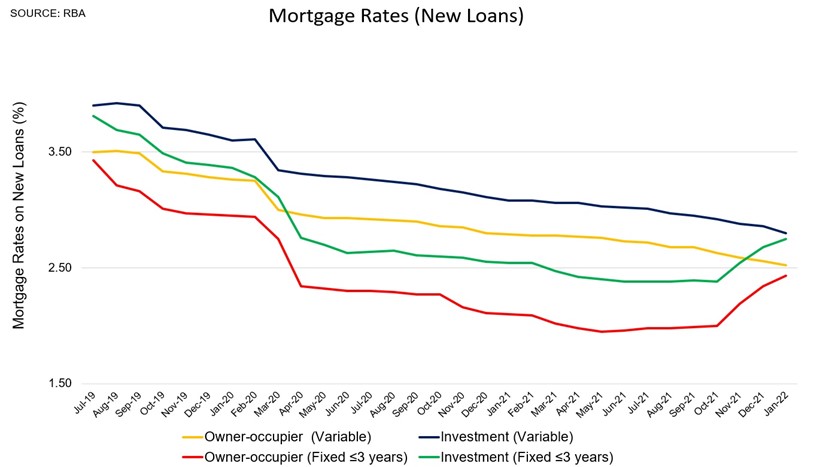 Financial markets are pricing for interest rates to rise from here.
But given the volatility in commodities markets and the uncertainties surrounding the current geopolitical tensions, it’s hard to say exactly when interest rates might rise, and by how much.
New mortgages are assessed with a buffer of 300 basis points, so households should be able to absorb some increase in interest rates.