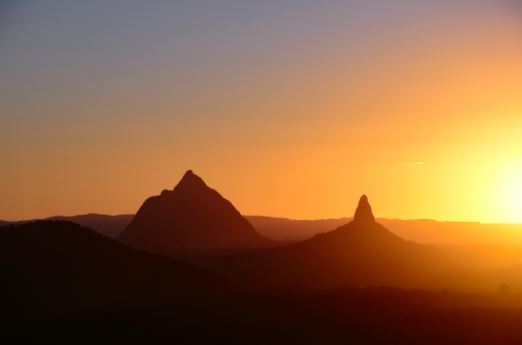 I like to tell people I have a five-second commute every day. That’s how long it takes to walk from my house to my office, two separate buildings on my acreage property in the Sunshine Coast Hinterland.

A quarter of a century ago I asked myself the question: To run my business, do I really need to be in the big city?

I decided I didn’t, so I moved to a Hill Change town and never regretted it.

Over the past several years, more and more Australians have been making that choice. It’s been driven by technology and improved transport links between major cities and regional centers, making it viable for people to work remotely.

Now, seemingly, everyone is doing it.

Mainstream media has misrepresented this Exodus to Affordable Lifestyle as a COVID-19 phenomenon. And therefore, based on that misinformation, many are asking whether it will all come to a halt and possibly reverse once the coronavirus is no longer an issue.

Let me tell you, this trend has longevity. It’s about technology, lifestyle and affordability - and if people can work effectively from a remote location, it has benefits for both the employees and their employers, who can save massively on office costs.

Some Australians love living in the big city. Others are there only because they feel they need to be for their careers. For some, realising they can work successfully for their big-city employee from the Central Coast, the Surf Coast or the Sunshine Coast (or Bendigo, Orange or Toowoomba) leads to a life-changing decision. Let’s face it, nobody spends hours a day commuting because they love it.

We now have large numbers migrating out of Sydney and Melbourne to regional areas. The population data from the ABS shows that the trend has been under way for many years but has accelerated recently. In 2020, Sydney lost 31,600 to internal migration and Melbourne lost 26,100, while Brisbane gained 13,000 and many regional areas grew.

The ABS data indicates that a net 19,000 people left the capital cities to move to the regions in 2019 and a net 43,000 made the move in 2020. The regional areas of Queensland, Victoria and NSW all made significant gains.

The idea that masses of people who have uprooted their lives and moved to smaller cities or to the country will suddenly turn around and move back to the big cities is nonsensical.

The process of selling a home, buying a new one in another part of the country and relocating an entire household is not a minor exercise. These decisions are not made lightly. They involve major disruption, considerable expense, often kids settling into new schools, establishment of new networks and so much more.

People don’t make these major life changes on a whim.

I see the Exodus to Affordable Lifestyle as the biggest trend impacting residential real estate so far in the 21st Century and I believe it will continue. And, as an aside, I think it’s great for the nation.

The impact has been seen in real estate demand and prices. The demand for homes in regional centres - like Ballarat, Albury-Wodonga, Newcastle, Wollongong, Mudgee, Byron Bay, Ballina, the Sunshine Coast, Rockhampton, Toowoomba, Victor Harbor, Mandurah – has been rising steadily, most notably over the past three years.

There has also been uplift in our smaller capital cities, particularly Brisbane and Hobart, but also Adelaide, Perth and Darwin.

We’ve seen that translate into big price growth. In the first four months of 2021, the median house price for the nation rose 8.6% - with Darwin up 10%, Canberra 9% and the regional areas of NSW, Victoria and Tasmania all rising 9-10% in just four months.

There has been extraordinary uplift in the most targeted locations, such as the Southern Highlands south of Sydney and the Sunshine Coast north of Brisbane.

I believe the trend will be long-lasting, particularly for those areas with the kind of strong and diverse local economies that will provide sustainable growth and therefore employment opportunities and good infrastructure.

Examples include Newcastle and the Hunter Region, Orange, Albury-Wodonga, Toowoomba, Townsville, the Sunshine Coast, Geelong, Ballarat, Bendigo and many others.

The flipside of all this is reduced demand for inner-city office space. That, combined with the closure of international borders and universities, has meant high vacancies for inner-city apartments and, in some cases, a reduction in property values.

I expect those markets to show revival when universities get back to normal and control of the pandemic allows a resumption of overseas migration into Australia, along with international tourism.

In the meantime, both Sydney and Melbourne are showing remarkable resilience in their property markets. Despite the outward population drift and the halt to overseas migrants, most suburbs of the big cities are delivering price growth – many suburbs of Sydney have had extraordinary increases in their median prices in the past three months.

But some of the apartment markets have had significant decreases – notably, the ones where vacancy rates are high.