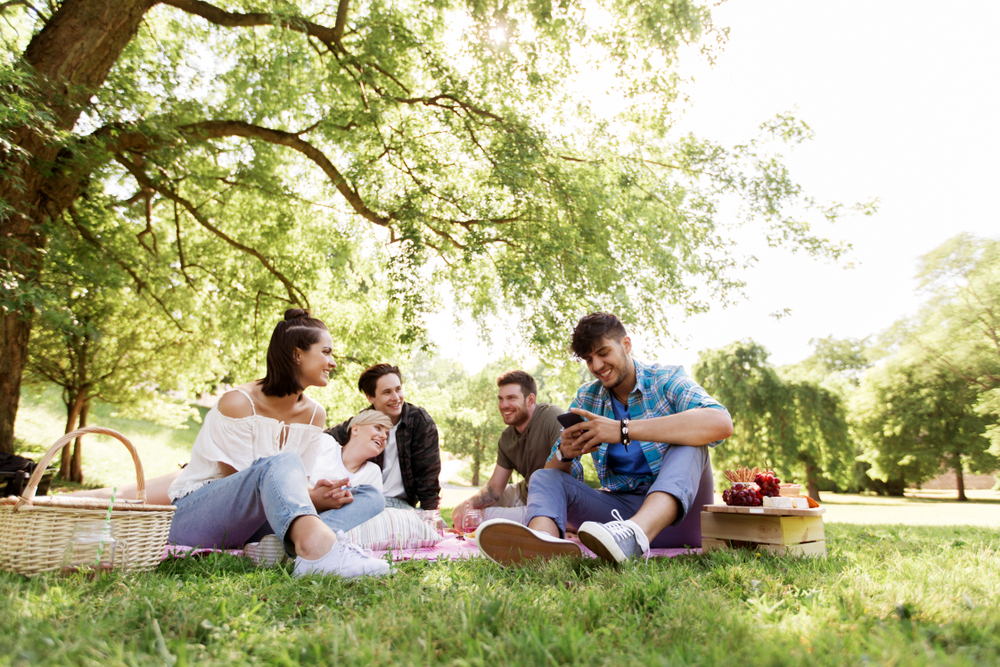 The Importance of Urban Lifestyle - December 2020

The old adage goes that real estate is all about location, location, location. That’s still true in many respects, with proximity a major priority for most buyers, but something just as important has emerged with force over the past year.

Lifestyle. Or, more precisely, an adequate level of lifestyle in an urban setting.

We’ve learnt a lot over the course of 2020, from how to occupy ourselves when locked inside for weeks (or months) at a time, to the importance of friends, family and social connection. For me, perhaps the most startling realisation is that we discovered how much we want to live in areas that are pleasant and engage our interests.

Urban lifestyle isn’t a nail salon you can get into at short notice. It’s not a dive bar with the cheapest beer. No – to me, it’s an X factor that promotes a sense of belonging, of connection and of community.

While we were stuck in our homes this year, we relied on our immediate surrounds in ways we never have before. For some, we found that connections were plentiful. For many… we realised that our neighbourhoods need a bit of work in that regard.

Urban lifestyle is more important than ever, especially as working from home becomes the norm and limiting our movements remains a necessity.

In the early 2000s, inner-city councils under pressure to increase pleasant amenity in dreary old suburbs came up with a plan.

Rather than blow their budgets with big ticket beautification, gentrification and community enhancement projects, they opted for a far simpler solution. Planter boxes. Lots and lots of planter boxes, dotting curbs on busy thoroughfares, filled with hearty but boring native species.

They figured a bit of greenery against a very harsh backdrop would go some way to softening the gritty image. You can still see the odd broken, rusted and overgrown planter box today, serving about as much function now as it did back then.

When I discuss urban lifestyle, I’m not referring to this sort of cheap attempt to green a city landscape. I’m talking about the features of an area that not only makes a place look and feel pleasant, but harnesses community connection and interactivity.

In this sense, urban lifestyle is parks. They’re big and small, boast more than just a patch of grass and a path, such as sporting facilities, children’s playgrounds, a water fountain for dogs, rotundas for picnics, the odd barbeque and lots of shade.

They’re places where you can go to meet your neighbours, spend time with loved ones, do an activity or two, get fresh air with the kids and… just be in your own community.

I’m also talking about the things you’d expect, like good cafes. They’re more than just businesses, but vibrant souls of neighbourhoods that provide meeting places, familiar faces and also a lure to draw in outsiders and make them feel like locals.

Cafes aren’t just where you go to get a decent flat white. They boast activity on streetscapes. They encourage renewal and improvement. They bring people together.

For many people, urban lifestyle is also about an abundance of great schools across all age groups. It’s even a positive for those who don’t have children. Good schools attract families to an area, it goes without saying. But they also promote a great sense of community.

I know of one area that does a farm gate sale each week, where the local ‘urban farms’ can sell their wares – eggs from someone’s backyard chickens, honey from a rooftop beehive, as well as chutneys, garden compost, handicrafts and other bric-a-brac. It teaches the kids where various things come from, and a bit about finances, while also being a draw card for locals in search of quality produce at good prices. The street on that morning of the sale is a thriving sight to behold.

Suburbs with good schools are safer and cleaner places too, research shows. Sociologists have observed that they tend to be friendlier too – people smile more, drive slower and relax a little.

The communities we live in will remain increasingly important, I predict, especially as new norms like remote working dominate our lives.

Would-be property buyers will therefore place a greater emphasis on these kinds of qualities in a suburb. It won’t be all about the area’s location, but also its heart and soul. Or, to use a less flowery term, its liveability.

As I’ve explained, these areas aren’t just the ones directly on the Harbour, with the highest median house price or a few minutes from the CBD.

Take Jannali. It’s none of those things. While it’s not far from some water, it’s landlocked by surrounding suburbs, some 28 kilometres from the city in the Sutherland Shire. Its median house price is a tick over $1 million, putting it in a realistic category for mid-range buyers. But it boasts a great deal of urban lifestyle.

There’s a great amount of greenery, from open park spaces to the level of street tree cover. Houses are set back a little more from the kerb that you might see in other Sydney suburbs, giving a wide open feel. It rates highly in terms of safety. There are lots of good schools. You’ll find some great local cafés and retail options. And it’s on a direct train line to the CBD, linking locals with employment hubs.

Similarly, take Hornsby. Mention it to a dire-hard city slicker and they’d probably baulk at the thought of it being a liveable location, given its distance from the city. But it boasts a great urban lifestyle. There’s no shortage of things to do, from large and small-scale shopping to fantastic dining options. It’s busy and bustling.

Hornsby has also got great schools, good local parks, overly leafy and quiet residential streets, a colourful cultural and community feel, and side streets that boast a village feel. Best of all, masses of bushland are right on the doorstep offering easy access to the great outdoors. And getting to the city is a breeze.

There are also suburbs where urban lifestyle exists now, perhaps in small quantities, but is constantly improving. Think Petersham in the inner-west – an old Portuguese neighbourhood undergoing a generational change and urban renewal, where light industrial sheds are making way for restaurants, cafes and art spaces, and pocket parks offer a respite from city life. Its local primary school is also top rated.

Similarly, Marrickville – recently named one of the world’s coolest suburbs – is increasingly catering to a broader group than hipsters. The recently completed library, part of a major development that turned derelict dwellings into a sparkling new community, is one of the best in Sydney.

Of course, those blue-chip suburbs like Neutral Bay, Paddington, McMahons Point and Mosman are overflowing with urban lifestyle too. That’s why they’re so in-demand with buyers and come with a hefty price tag to match.

But my point is that urban lifestyle isn’t just in the exclusive enclaves of Sydney. You can find it all over the place and see hints of its emergence. And it’s something that adds underlying value for both homeowner and investor buyers.

Of course, spotting urban lifestyle isn’t always obvious – and securing property in a suburb set to be discovered for its appeal requires constant vigilance. This is where on-the-ground- professionals like buyers' agents come to the fore. We are always watching out for a shift in sentiment so we can identify those factors bringing more purchasers to an area. It’s the best way to stay ahead of the wave and enjoy plenty of long-term benefits as a suburbs urban-lifestyle popularity grows.