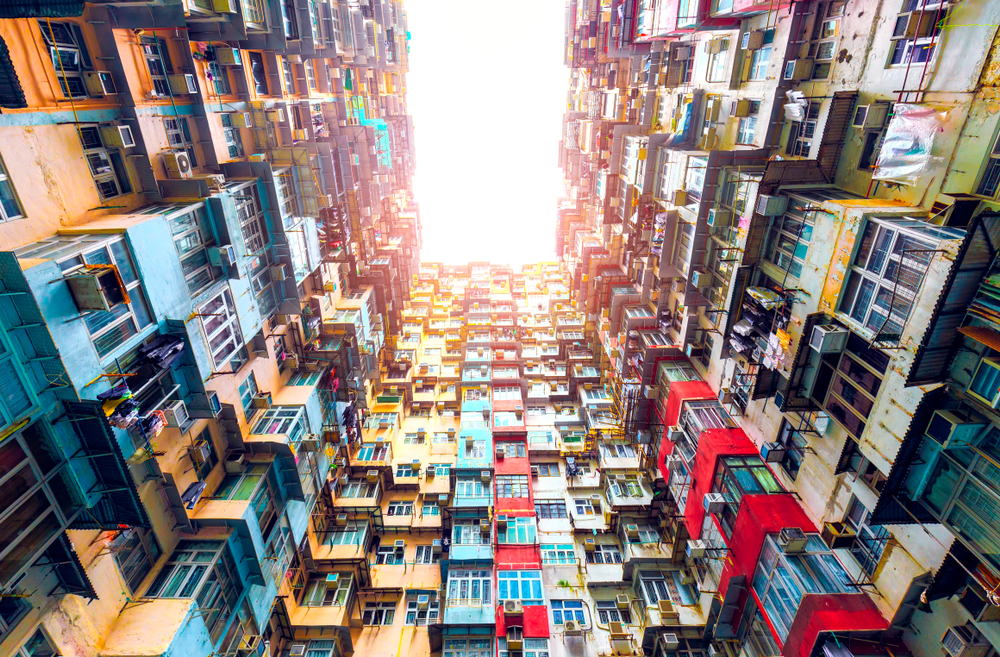 A distinct property trend I’ve noticed is the number of recently completed units in major capital cities that are now being listed for sale with some serious perks attached.

One developer of a newly built complex in Sydney is currently offering to cover the cost of buyers’ mortgage repayments for the first year. Another nearby is giving every new purchaser a huge voucher to effectively pay for 12 months of groceries.

And the bonuses aren’t just in our biggest capital city. In Brisbane at the start of the year, I saw a unit project providing properties with free furniture and white goods as an incentive.

These are all examples where the oversupplied of new units is outpacing demand, and developers are desperate to offload leftover stock.

Premium, blue-chip suburbs have always represented something of a safe bet when it comes to long-term investment fundamentals. They’re desirable places to live, well served by transport, critical infrastructure and lifestyle amenity and close to major employment hubs.

While this usually means higher density zonings and strong demand would normally support the construction of new homes, developers have gotten a little ahead of equilibrium. Strong capital growth across the market a few years back, coupled with demand from foreign investors saw the pipeline of new towers swell in these near-CBD positions. Then, as the market turned and finance became an issue, the desire to purchase stock (particularly from investors) started to ebb. Now, these locations are well and truly oversupplied with a stack of new apartment complexes that’re flooding the market.

This means short to medium-term future growth fundamentals are being significantly impacted by a supply stream that’s drowning out demand.

And, unfortunately, a lot of these complexes leave a bit to be desired.

The rush to supply the market resulted in some dodgy construction. Think of Opal Tower or Mascot Tower, where owners now face very uncertain futures and extraordinarily high special levies for repairs.

Oversupplies are temporary, of course. But you shouldn’t assume they only impact less desirable areas on the outskirts of cities. Lulls in demand can and do occur in sought-after locations too.

Those examples I mentioned earlier in Sydney aren’t representative of the entire real estate market of course. While some suburbs have seen a number of projects come online around the same time and create something of a glut, others aren’t able to keep up with demand.

In Sydney, development-active locations like Summer Hill and Erskineville in the inner-west have a number of recently complete projects being marketed to residents and investors. The difficulty they seem to be having in moving stock is a combination of market jitters, the quality of stock and the levels of supply. Some of the projects are aimed at the higher end of the market – upgraders or young professionals – who are sitting on their hands and taking their time.

And they’re pretty spoiled for choice at the moment, so competition is fierce.

In other areas, particularly Mascot, Botany, Waterloo, and Rosebery, the type of stock that’s been developed recently is what we call ‘investor grade’. It’s cheap in price and fit-out and aimed at people who want to park their cash in bricks and mortar to collect rent. They’ve been hit in recent years by market uncertainty and lending difficulties, so that part of the market is slow to move.

And to the west, Parramatta,Strathfield, Epping and Homebush has seen a boom in construction that’s pouring a lot of new stock into the market. Despite market woes, it remains a popular spot for people to settle in, so those dwellings are being absorbed… albeit slowly.

In Melbourne, there’s even talk of a looming undersupply in some popular suburbs where development hasn’t kept up with demand. But there are pockets that are struggling as well. The premium market in the CBD is even facing an oversupply in some cases, with a number of new high-end towers being completed at once.

Also, in the Victorian capital’s central hub, there’s a lot of recently completed investor-grade stock that’s proving hard to move. Much was built with international buyers in mind, and they’ve performed a bit of an exodus from Australia over the past year or two.

In Brisbane, West End and Fortitude Valley saw a massive oversupply that’s been ramping up for the past few years. But experts now say it’s easing, and the end is in sight, with some expectation all will settle down by year’s end.

A lot of the stock in Brisbane’s inner-city has been slowly absorbed in those prime areas and there isn’t much to replace it, given other developers typically shelve projects when there’s a sign of an oversupply. They’ll soon be playing catch-up there for a while.

The tide will turn

Forecasts in Sydney and Melbourne show the number of new dwellings in the pipeline in the coming two years is down significantly.

Riskwise Property Research looked at the data and found the number of new units in New South Wales planned in 2019 is down 38 per cent on last year. In Victoria, that figure is about the same and in Brisbane it’s 29 per cent lower.

So, much of the current supply gluts will be absorbed within the next 12 to 18 months, generally speaking.

As overall markets bottom out and begin to recover in the next little while, confidence will return and so too will demand. These new dwellings will be snapped up and the cycle of supply will reset.

As such, it’s important to be on top of what the market is doing. If you’re buying blind, you might not be aware of current and future supply levels and how they relate to demand.

What this also means is that if you’re in the market for a premium unit in a desirable area, you could be in a position to drive a bargain and snap up an investment or home that’s well below the previous purchase price.

But it’s also a timely reminder to do your research in areas where’s there an abundance of supply. Look for the fundamentals for growth, for starters. Examine the difference between the quality of stock, particularly investor grade versus premium. Better yet, consider employing an experienced buyer’s agent to represent your interests and keep you clear of those options property types and addresses where there’s more price pain to come.