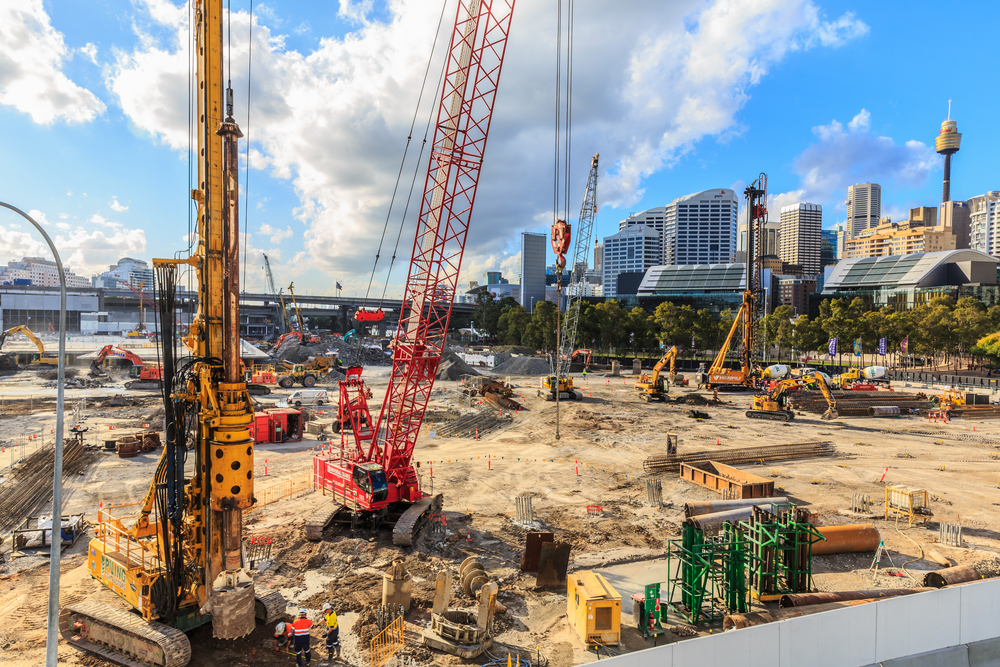 Will an Infrastructure Boom Drive a Property Bonanza? - February 2021

Australia seems to have dodged a pretty big coronavirus-shaped bullet over the past year, especially when you compare us to other countries in the grips of a health crisis.
But perhaps the most significant challenge is yet to come. Fixing the economy will be no easy feat and governments will have to invest a lot to create jobs, stimulate struggling industries and get growth on the up and up.

One of the most effective ways to achieve this is through infrastructure spending, and New South Wales is leading the way.

The State Government has committed to a mammoth $100 billion suite of works over four years. You can expect major flow-on benefits for the property sector.

It’s pretty incredible to think about the type of conversation we’ll be having in 12 months’ time about Sydney’s housing market, considering where we’ve just been.
When the pandemic began in Australia last March, forcing the entire shutdown of the economy – and society – we all feared the worst. Economists in particular forecast a financial devastation unlike anything we’d seen.

And yes, many people hurt. Small businesses, sectors vulnerable to closed borders and reduced spending, the self-employed and young people were hit hard.
But the economy is in modest positive territory, the majority of jobs lost have been regained and there’s a sense of confidence in the air. This is especially true when it comes to property.
The predicted collapse of median house prices of between 15 and 30 per cent, depending on who you listened to, never eventuated. In fact, CoreLogic’s national home value index hit a record high in January after a 0.9 per cent rise.

Prices now are higher than they were before the pandemic began – before we know what coronavirus was! And the national median home price is 0.7 per cent higher than at the last peak in October 2017. Not bad.

A few things are going on here.

Firstly, demand remains very strong. Would-be buyers were spooked for a while, as well as being trapped inside their homes with the rest of us, but it didn’t take long for them to emerge from their shells.

When they did, there was very little supply because vendors were the ones panicking and hiding. So, median prices remained stable through the crisis. This gave everyone a bit of confidence. More buyers came out, keeping demand high, and while some sellers did too, a virtual shutdown of the construction sector kept supply constrained.

And it will for a while longer. There’s not much in the new home pipeline and it’ll take a while for builders to catch up. In the meantime, record low interest rates, generous grants and incentives, easier access to credit, and a rebound in the rental market forcing prices up are combining to encourage more people to buy.

Social distancing. Contact tracing. Self-isolation. We got used to hearing some new terms over and over again in 2020.

Get ready for a new often repeated one this year and beyond… Infrastructure!
The enormous amount of money being spent in infrastructure right now and for years to come will bring with it a number of improvements. Communities will be better connected and more efficient. Getting around will be easier. There will be more jobs. New precincts will pop up. Suburbs will be safer and more pleasant places to live.

And there are some big-ticket projects in the works right across Greater Sydney, from major transport to mega employment hubs.

One of the biggies is the Badgerys Creek Airport – soon to be the city’s second international airport. But it’s much more than just an airport.
Nancy-Bird Walton Airport will be the heart of a new city in the west, home to hotels, sports stadiums, a convention center, high-tech specialist industries spanning aerospace and defence, a university and more.

Two new mega communities to the north and south have been earmarked to service the estimated 200,000 jobs that will be created by 2050. By that stage, the airport will accommodate an estimated 30 million passengers a year.

And when it’s all said and done, planning projections indicate the entire area could be three times the size of the Macquarie Park precinct in Sydney’s north.
Part of the COVID recovery plan has been to cut red tape, reduce the time it takes to get projects going and streamline processes. An initiative to benefit from this last year was Tech Central, which will see the creation of a Silicon Valley-style precinct in inner-Sydney.

Around 250,000 square-metres of office space will stretch several kilometres from Central to Camperdown, encompassing Eveleigh, and provide a new home for start-ups, major companies like Atlassian, innovation hubs and other tech development ecosystems.

It’s a pretty big deal. Not only will it create an estimated 25,000 jobs but it’ll fast-track the beautification of areas that are crying out for urban renewal. Tech Central won’t be just office space. It’ll be community facilities, parks, shared space, lifestyle amenities, improved transport and much more.

Then there’s the Sydney Metro project, which is the country’s largest public transport initiative. From the north west to the south west, a metro rail will stretch some 66 kilometres, including under Sydney Harbour, and include 31 stations by completion in 2024.
Getting around will be easier and communities in proximity to stops will see revitalisation and growth supercharged.

Similarly, work continues to power along on WestConnex, with the final stage coming in two sections. The first linking Haberfield and St Peters via tunnel, and the second seeing construction of interchanges at Rozelle and Cove Link. When complete in 2024, the entire 33-kilometre motorway network will see the city move around with greater ease.

But buying well is critical. Not all projects are created equal. Some will have bigger benefits than others, and one or two might actually have a negative affect – say, if you buy too close to a tunnel’s exit point.

It’s important to engage a buyers' agent, who can help you identify the opportunities, consider the risks and source potential properties that offer the best prospects of future growth.