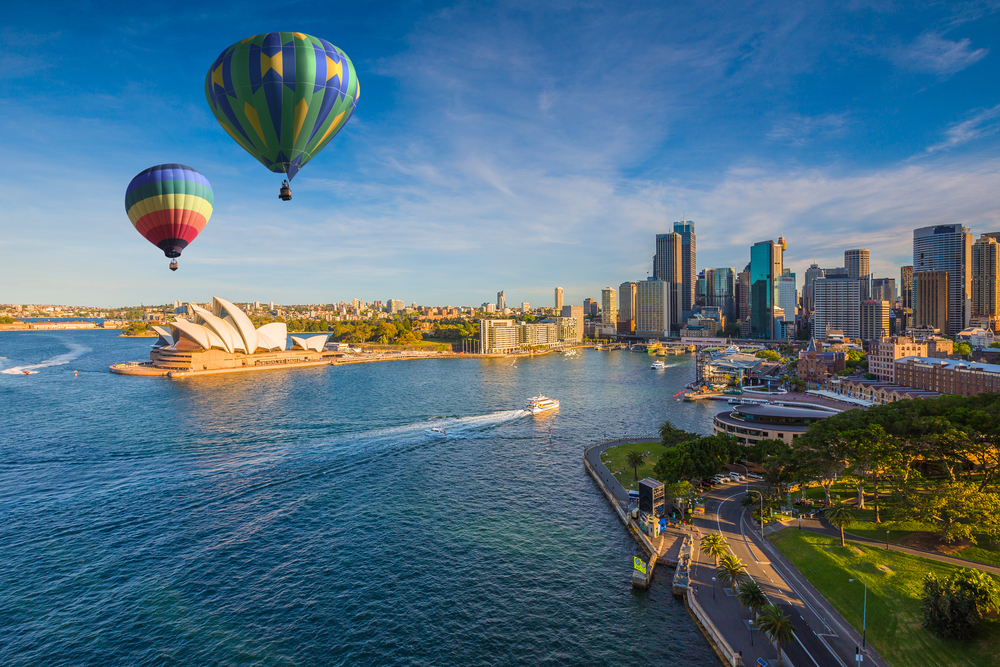 Unless you’ve just woken from a coma, you’ll know by now that Sydney’s property market has had a bumper several months.

From June last year, there have been healthy increases each month in the Harbour City’s median house price. Of course, that’s broadly speaking across the entire expanse of Sydney.

But there’s no denying that things are hotter than may have been expected back in January 2019.

Inevitably, the question I’m getting most at barbeques of late is the same. Where are the emerging hotspots? What are the suburbs to watch over the coming year?

These are my picks.

Keeping up with Kingsford

For a while now, it’s been a case of always the bridesmaid, never the bride for this little pocket in Sydney’s inner southeast.

But it’s ripe for growth in the medium-term thanks in large part to the upcoming Light Rail link. For the first time, access to the city and popular surrounding suburbs, like Surry Hills, will be a breeze from March.

The median unit price is $820,000 and this has held steady for the better part of a year. It’s a bargain-hunters dream, especially for young professionals and news families.

Investors are also likely to be drawn to Kingsford, given it’s on the doorstep of the University of New South Wales and Prince of Wales Hospital, meaning there’s always strong demand for good quality rentals.

Reports on the ground in the Sutherland Shire from selling agents reveal a frenzy of activity in the months leading up to Christmas, which has continued into 2020. Stiff competition and a scarcity of properties is leaving many frustrated.

Coupled with this is the rise in demand from would-be first homebuyers. Rising prices are driving a fear of missing out and cheaper lending is giving them confidence. Affordability is pushing them south to the Shire.

Bangor is one of the sleeper suburbs that’s getting their attention. It offers the lifestyle of the area at a lower cost, with plenty of future potential. There are some well-priced homes going at the moment, but supply remains tight.

That said, the demographics here lean strongly towards older residents and empty nesters, many of which are likely to downsize. As well as adding more stock to the market, this will present some good renovation opportunities.

Developers are also sniffing around for good block sizes for townhouse and villa sites, which always bodes well.

This inner-western suburb is another that has tended to slip under the radar when compared to its more well-known cousins like Marrickville, Stanmore and Summer Hill.

But developers have sniffed out the scent of opportunity and a lot of run-down homes on good-sized blocks are making way for funky new boutique unit complexes. It’s not hard to see why, with gentrification well and truly underway.

Petersham is an old Portuguese settlement that boasts a lot of character, a village charm that’s increasingly hard to find, and a stack of chargrilled chicken shops that draw people from across Sydney… delicioso!

The medians for homes with good bones and spacious units perfect for young couples are also attractive. It’s got excellent rail links to the city and Parramatta too, and is a short walk to booming Marrickville next door.

This little pocket is a funny one. It’s in the Hills district, but right on the edge of it and wedged against Blacktown, and it’s perhaps been on the wrong side of Parramatta region growth success story.

But focus is shifting here, particularly from would-be first homebuyers who are driven by affordability. That median house price of $750,000 is pretty enticing after all. It’s no wonder demand has boomed over recent months, according to realestate.com.au’s measure.

The demographics are slowly changing from older couples and maturing families to young professionals and new families.

Quakers Hill has some good things going for it – it’s on a train line, it’s home to a Western Sydney University campus, there are big family homes on huge blocks, and the multicultural feel gives it a vibrant community feel.

The charm of Camden

Sydney’s second airport in the west is a long way off, but when it does eventually come to fruition, it’ll drive employment, economic growth, infrastructure benefit and accessibility.

One of the areas that will likely cash in at that stage is Camden – a lovely, historic location about 65 kilometers from the city. But it’s already turning heads.

Sure, it’s not an inner-city suburb, but it offers the best of both worlds. It’s a quieter, friendlier and more relaxed place to live, with more affordability property and a great community feel. First-time buyers seem especially taken.

But it’s still serviced by transport, amenities and services. The commute to Sydney might be an ask for some – an hour and forty minutes – but for those who work in Parramatta, for example, it’s an enticing prospect.

I know, I know. A prime, blue-chip suburb in the eastern suburbs is a hotspot? Knock me down with a feather.

But I want to make an important and perhaps controversial point about Bronte. It’s overtaken Bondi Beach as the in place in Sydney’s east.

The beach is nicer. The properties are a little… classier. There are far fewer drunken backpackers and lost tourists. The prestige market is extremely hot. And there’s a prime opportunity to seek out off-market unit deals where there’s room to add value with a strategic renovation catering to the cashed-up Gen X market.

The hipster ripple effect is seeing young professionals in a position to buy turning their focus a little further out towards Croydon.

It’s on a train line with excellent access to the city, as well as out to the west. There’s a colourful and vibrant local feel, with great dining options and plenty of opportunity for gentrification.

And for today’s young professionals who are tomorrow’s new families, there are some decent local schools.

The recovery here hasn’t been quite as steep as other suburbs with as much potential. I think it’s because this Northern Beaches area doesn’t sit right on the beach.

But don’t let that distract you. It’s got good housing that’s more affordable that its prestige neighbours and benefits from being in close proximity to their amenity, services and transport links.

Those in search of the certain lifestyle the Northern Beaches offers but who can’t quite get there budget-wise are likely to look just a smidge west for alternatives.

Over to Oyster Bay

This is another Sutherland Shire location that’s booming in demand, thanks to its waterfront location, excellent amenity, pleasant vibe and proximity to transport connections.

The median house price is $1.1 million and there’s a lot of room to add value to many homes, which have good bones but need to be dragged into 2020 styling.

This Manly-adjacent suburb has a median house price that’s not to be sneezed at - $2 million. But there are indications that it could climb even further, with demand significantly outstripping supply of late.

Head to any auction and you’ll find hordes of people, a huge number of registered bidders and a total feeding frenzy.

It offers impeccable lifestyle, good homes, proximity to the water, good links to the city and amenity that can’t be beat. This is a hotspot for established families with a healthy budget.

Of course, selecting where to buy is only part of the success story. Make sure you call us and take advantage of our established networks and extensive experience in order to secure the ideal property for your needs.