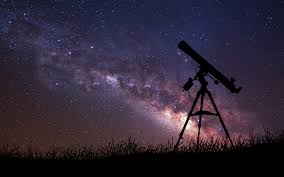 The two-year correction in Australia’s housing markets has now turned, and the outlook is suddenly looking considerably brighter.

Incidentally, I don’t have a relentlessly Panglossian view of the world, or indeed of housing markets.

In fact, I previously co-authored a report with RiskWise Property Research outlining a potential 9 per cent drop in housing prices if Labor won the election and pushed through its proposed tax reforms.

But the outlook has taken a sudden and significant turn for the rosier, and today I look at five of the key reasons why.

5 reasons why the stars aligned

Markets had generally been pricing in a Labor victory and were assessing a raft of destabilising measures, but against the expectations of the polls the incumbent Coalition was returned.

Previously lenders were assessing at floor rates of at least 7¼ per cent, but with the outlook for interest rates having shifted significantly a buffer of 250 basis points above the actual rate can now be used.

The below stylised example explains the technical assumptions, but in plain English it means that many borrowers will have seen their potential borrowing capacity lift by about 15 per cent. 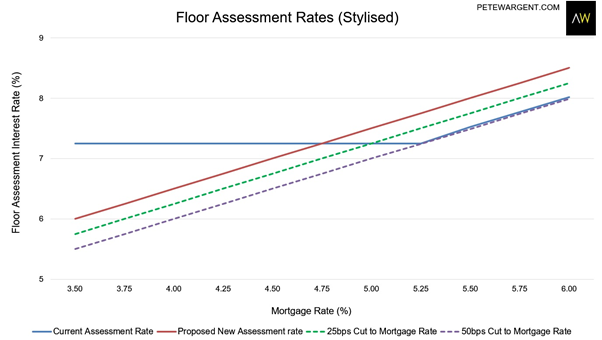 Thirdly, and also from a regulatory perspective, Westpac recently won a landmark court case against the corporate regulator ASIC on responsible lending, which has been a cloud hanging over mortgage standards for some time.

Fourthly, since the election the Reserve Bank has finally been stung into action by low inflation and has cut the cash rate twice to a record low of just 1 per cent.

Cash rate futures are pricing two further cuts over the coming six months, with further downside risks through the second half of calendar year 2020. 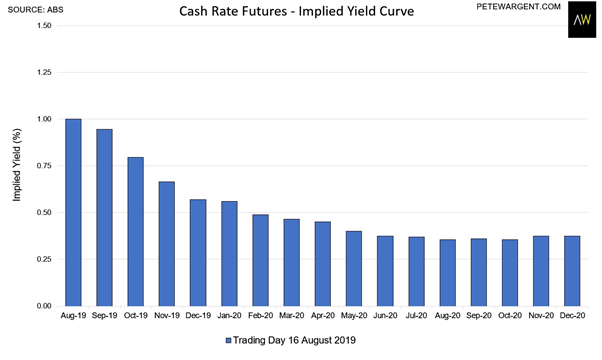 Remarkably OIS pricing now suggests that we may not see a rate above 1.50 per cent again for until beyond the middle of this century.

Fifthly and finally, there has been simply been a marked improvement in housing market sentiment, to the extent that there is now notable price momentum, especially in the two largest capital cities of Sydney and Melbourne.

As ever, various potential headwinds remain, so anyone looking to buy property in 2019 or 2020 needs to exercise judicious asset selection.

The global economy looks set to face a rocky period ahead as trade war tensions heat up and stock markets are toppled from their cyclical peaks.

And on a local level, new high-rise apartments will continue to face high-profile challenges related to building defects.

Overall, however, looking back it’s clear that the 2017 to 2019 downturn was effectively ended on May 18 by the election result.

And with the ALP presently edging towards political oblivion my base case is for Australian property to perform solidly over the next six years.