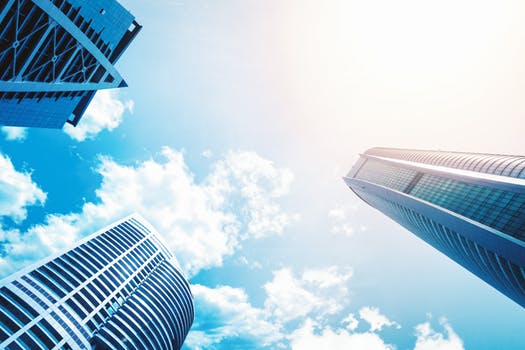 All Cities Have Their Time In The Sun - AUGUST 2018

You’re entitled to believe that the level of price growth in a particular market is a matter of fact.

The key to seizing opportunities for wealth-creation in real estate is understanding this fundamental truth: we don’t have just one property market in Australia.

Australia has many different property markets, each doing its own thing, dictated by local economic conditions. It means that, at any given point in time, there are opportunities to buy in markets that are on the cusp of a growth spurt.

The reality is that it’s always a good time to buy SOMEWHERE. At any point in time, there will be markets rising strongly, some rising moderately, others stagnating, some falling a little and a few falling a lot.

In the past 4-5 years we’ve have a four-speed market, just in the eight state and territory capital cities. Various other scenarios have been occurring in regional Australia as well.

Recently I studied a table of price data, showing median prices and annual growth rates for our largest cities since 1970. The strongest message from that data was that there were only two very brief periods in that (almost) 50-year period in which all the major cities had growth markets at the same time.

For two years in the late 1980s all the major cities rose as one, and again for two years at the start of this century.

If you are looking for your next home or investment property, then click below.

Apart from those two brief time spans, we’ve had the major cities all doing their own thing. Perth, for example, hardly ever rises as a property market at the same time as Sydney and Melbourne. Brisbane often does its own thing, out of cycle with the two biggest cities.

A reality check on many of the issues is provided by a study by the Property Investment Professionals of Australia (PIPA), which conducted a 30-year retrospective study of capital city real estate to identify which cities were the hottest performers across each market cycle.

“The facts prove Aussie investors and homebuyers over the past three decades have made solid returns across almost every capital city, depending on their ability to buy at the right time,” he says.

For example, buyers who bought in Brisbane in 1988 were blown away by gains over the next four years of that cycle, Koulizos says. “These owners saw the value of their asset double in less than half a decade - yet between 1993 and 1997, Brisbane was the county’s second-worst performing market.”

And for those who believe our biggest capitals are immune to cycles, think again, Koulizos says.

“From 2003 to 2007, Sydney and Melbourne were Australia’s worst two performing capitals, despite topping the table the previous five years,” he says. “Of course, if you backed your judgment and bought in Sydney any time after 2007, you’d be very happy with your decision now.”

Koulizos says while long-term investors invariably come out ahead with Australian capital city real estate, the biggest gains were made by identifying markets that have bottomed and are set to improve.

This comment is pertinent for the current situation for Perth. The WA capital has been through 4-5 tough years, with prices and rents falling. The market is clearly moving into a recovery phase, but investors are reluctant to place faith in the Perth market.

But here’s a relevant statistic: the strongest five-year performance of any city market in the past three decades was Perth from 2003 to 2007, when it housing market rose 140%

While Melbourne, Brisbane and Perth have all topped the list at some stage, they have never collected the wooden spoon.

Call propertybuyer today on 1300 655 615 to tap into our market perspective and identify the right areas for your next investment.  Click here to make an enquiry.