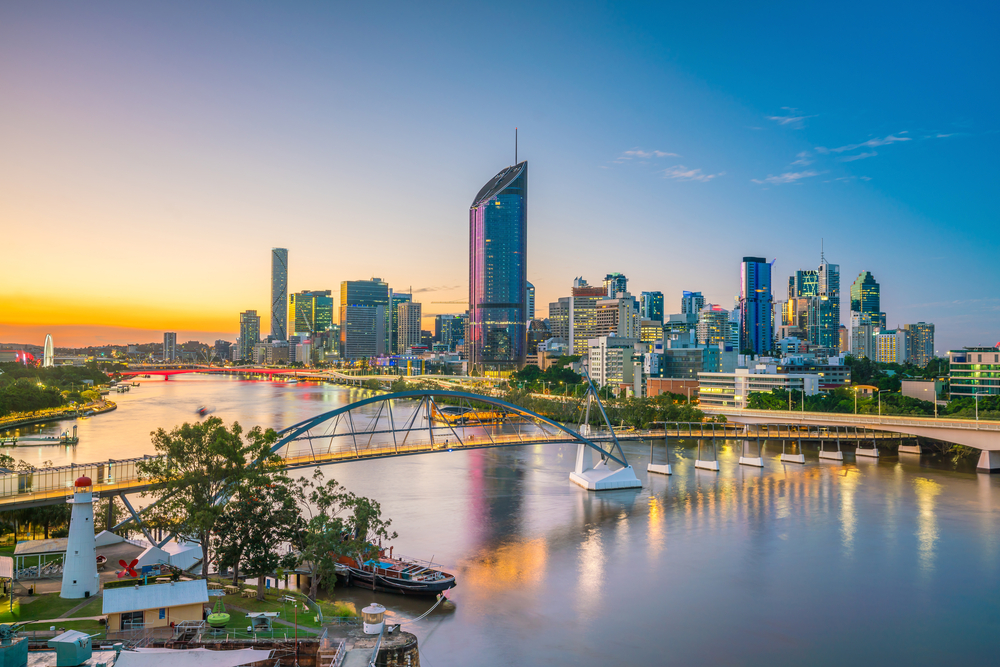 For a long time now, Brisbane’s property market has been always the bridesmaid and never the bride, missing out on the type of phenomenal growth seen in southern capitals during recent booms.
I could never understand it. It’s a fantastic place to live with a diverse economy, bargain property, an unparalleled lifestyle and strong future growth fundamentals. But, apart from some modest gains here and there, prices just haven’t ticked upwards.

That is, until now. It seems that people have just cottoned on to real estate’s worst-kept secret and beautiful Brisbane is booming.

The median dwelling price rose a very healthy two per cent in the month of May to $574,570 and is now up a mammoth 10.6 per cent over the year. That’s less than one per cent behind Sydney’s year-on-year growth, to put things in perspective.

Much of the recent momentum is down to several factors. For one, there’s been some strong interstate migration, with wary southerners taking the opportunity to up stumps and chase the year-round sunshine and more relaxed way of life. Secondly, investors are following suit, putting their cash in a market that looks to have quite a bit of momentum left.
And finally, locals are taking the opportunity to cash in on some capital gains and upgrade their homes, at the same time that first homebuyers are ditching rising rents to pay off their own mortgages instead.

This growth won’t be universal, though – not all areas will perform equally. But I’ve identified five suburbs that I think have the best buying potential this year.

My first pick is Cannon Hill, a lush and leafy pocket about 10 kilometres east of the city known for its oversized house blocks, wide tree-lined streets and family friendly vibe.
There’s a bit of generational change under way here, with older residents slowly downsizing and moving on, opening up their family homes to a new era. And young families are taking the opportunity to get a slice of suburb heaven at a good price.

The median house price here is $868,000 and the trajectory is absolutely upward. Older style properties that might be described as a renovator’s delight are in hot demand, as are traditional Queenslanders that have already been spruced up.

Similarly popular is Stafford in the city’s north, a convenient nine kilometres from the CBD. The streets off the main thoroughfares are pretty family friendly, with big yards and room to roam.
But it’s young professionals who have been flocking here, thanks to the suburb’s good connectivity with the city and the potential to nab a bargain that needs some TLC. The local Bunnings makes DIY a breeze!

There’s been quite a bit of development here over recent years, from knock-down and rebuild projects to block subdivisions and duplexes. All of that has given Stafford a fresh look that’s turning heads with buyers, seeing its median house price begin to rise steadily. It’s currently at $680,000, which offers some good bargains.

For a total change of pace, take a look at Brighton way over in the east. It’s a 22-kilometre trek from the CBD, which sounds like a lot for Brisbane, but it’s worth the drive.
Living here feels like being a million miles from the big smoke, with a coastal town vibe and a lovely seaside lifestyle. But really, it’s a pretty easy trip to the CBD for work and play, giving locals the best of both worlds.

After the year we’ve all had, I think there’s a yearning for that escape from the hustle and bustle, with local agents saying there’s been an uptick in interest.

The median house price is $625,000 and you can get quite a good home for that figure here.
Back in town, Wilston in the inner-north is a fabulous spot for young professionals and young families. It’s got a bit of a trendy vibe with all of the suburban charm that Brisbane is famed for.
The median house price of $1.2 million is much steeper than my other picks, but I think there’s still a lot of room for growth. Yes, it’s expensive, relatively speaking, but it’s a great prime suburb with high-end real estate that appeals to cashed-up recent arrivals – both now, and into the future.
It’s very conveniently located, just three-and-a-bit kilometres from the CBD and has a train station. There are some good schools nearby, a beautiful creekside park.

Lovely old Queenslanders on a decent-sized block riddle the suburb, and you can find some beauties.
Finally, the southside doesn’t miss out, with Mansfield worth a look. It’s got some good schools in the catchment and that makes it quite in-demand with families.

It’s got great amenities, with a whole host of shopping and lifestyle offerings surrounding it, and road links to the city, 13 kilometres away, make it an easy commute. It’s not directly on a train line but there are stations not too far away.

The median house price is $750,000 and the dwelling type is diverse, to say the least. You’ve got modern marvels, 70s brick boxes, timber cottages, units, modern townhouses and charming Queenslanders.

Homes that don’t need much work and have everything a busy family could need tend to sell best.
The sleeping giant of Brisbane however, is the new ‘second CBD ‘which in planning terms is the envy of the world. Springfield, 30 minutes from the Brisbane CBD is rapidly transforming and has experienced 18 billion dollars of development to date of an 88 billion master planned city. With staggering population growth and tens of thousands of highly skilled jobs demand for housing is high and is forecast to be extreme in the coming years. It has limited land supply within a few minutes to this CBD with the vast majority of dwellings in the next 10 years to be apartments and townhouses. All highway and rail infrastructure is now completed and a major public hospital was announced last week to compliment the existing private hospital. With the ever-expanding skilled employment there will be continued demand and limited further supply for residential houses within 3km of the Springfield CBD. There may be few better opportunities in the 450-650k price bracket anywhere in Australia at present and properties in the region are in unprecedented demand.

I don’t see the sun setting on southeast Queensland any time soon, with a number of growth drivers firing to ensure that median prices have a rosy future.

Authorities project extremely strong population growth for Brisbane over the coming two decades, with the resident base swelling from 1.18 million to about 1.5 million by 2041.

It’s not hard to see why. The unbeatable way of life aside, Queensland’s economy is strong – and it’s not all resources sector driven. There are professional services, growing at a rapid pace with many companies making the Sunshine State their home. There’s tourism, obviously, which is poised to lead the post-COVID recovery. There’s manufacturing, logistics and increasingly, thanks to significant government investment, research and development.

Being able to make the most of the Brisbane market in its current cycle relies on knowing where to invest. This requires would-be buyers to do very thorough homework on individual areas to find out what makes them tick.

Or, buyers can work with an experienced, knowledgeable and connected buyers' agent who is on the ground day in and day out, and can help you identify the parts of Brisbane primed for growth.

They can help identify your investment needs, wants and budget, then scour the market for potential deals that fit the bill. This includes off-market deals that never wind up on those popular listing websites. Best of all, they can negotiate directly with the vendor or their agent on your behalf to snap it up for you at the best possible price.