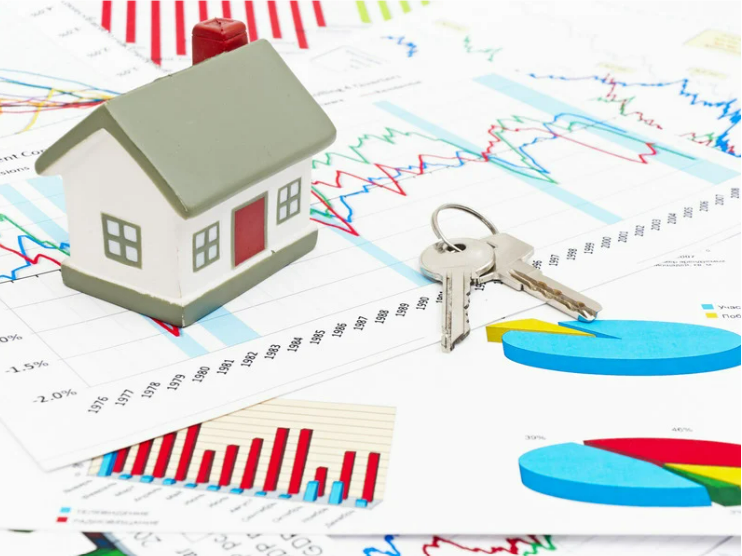 How Severe Will The Next Housing Market Correction Be? - April 2022

Quite suddenly, the media narrative has shifted from property boom to a coming market correction.

Of course, there’s no one property market in Australia, and while some cities – notably Brisbane and Adelaide – are still firing, appetite from buyers in Sydney and Melbourne appears to have cooled after a market firing on all cylinders in 2021.

Indeed, it appears that Sydney and Melbourne now showing signs of small price declines in some suburbs according to latest CoreLogic figures.

What, then, is the likely depth and breadth of the coming market correction?

Much of the media commentary is focused on the prospect of interest rates and mortgage rates rising from record low levels.

It’s inevitable that mortgage rates will have to rise from here – they’ve been at the lowest level in history – and indeed household interest payments haven’t been this cheap as a share of disposable income in living memory.

Households have built up large mortgage prepayment and offset balances, and excess household savings, so an increase in the cash rate from 0.10 per cent to around 1 per cent shouldn’t really move the needle too much, except perhaps to the psyche of the market.

Were interest rates to rise quickly and materially further than 1 per cent higher, then this would likely apply more in the way of downward pressure to housing prices.

But how strongly correlated are interest rate rises and property price declines?

Looking back through history, while it’s true to say that all over things being equal lower interest rates are supportive of higher asset prices, there have been periods where interest rates were rising in tandem with housing prices (and vice-versa).

In the early 1990s there were big declines in interest rates, for example, but this wasn’t a strong period for housing prices in real terms, with no growth recorded for 7 years after adjusting for the relatively high levels of inflation.

On the other hand, in the early years of the mining boom from 2001 to 2008 interest rates were rising as the Australian economy fired, as too at the same time were real housing prices.

What do Reserve Bank discussion paper modellers say about the prospects of a price crash due to rising interest rates?

It’s unlikely, and here are four reasons why.

Firstly, because inflation is exogenous in the modelling, so modelling estimates are based upon changes in real interest rates.

If inflation expectations are moving materially higher, therefore, then any related impact on housing prices should correspondingly be lessened.

Given the modelling was used in 2019 to isolate the impact of lower real rates, it doesn't make sense to translate estimates across to forecasts today, given that the context is not the same.

Secondly, the response of prices in the housing market model is non-linear, so logically interest rate cuts should've had a greater impact as rates approached zero.

Thirdly, any impact on housing prices would be relative to baseline forecasts.

Thus, if forecasts were for housing prices to increase by, say, a few per cent per annum, then only relative to these forecasts would the impact on prices be seen.

And fourthly, moreover, such dramatic predictions or a crunch would need to assume no other change in macro variables, which is clearly unrealistic.

In reality, in my opinion, we should be expecting employment growth and population growth to come roaring back over the next couple of years, comfortably offsetting a potential 1 per cent increase in interest rates.

We also might expect hikes to the cash rate to be delivered in a relatively considered and gradual manner, even if funding costs are rising.

If the cash rate moves above 1 per cent in time, as some analysts expect, then this will be more impactful on the market, although incomes should be rising too in that scenario.

We have previously discussed here some of these variables such as record high employment, the immigration reboot, fierce competition between lenders, low out-of-pocket expenses for property investors, and the ability of households to absorb higher repayments relatively comfortably.

Looking back over history in the major capital cities how severe help the downturn periods been?

There have been some cycles and periods where capital city markets have experienced declines in the range of 5-10 per cent.

But given house price gains of up to 30 per cent were experienced in some markets in 2021, a correction of this magnitude wouldn’t necessarily be too much of a surprise. 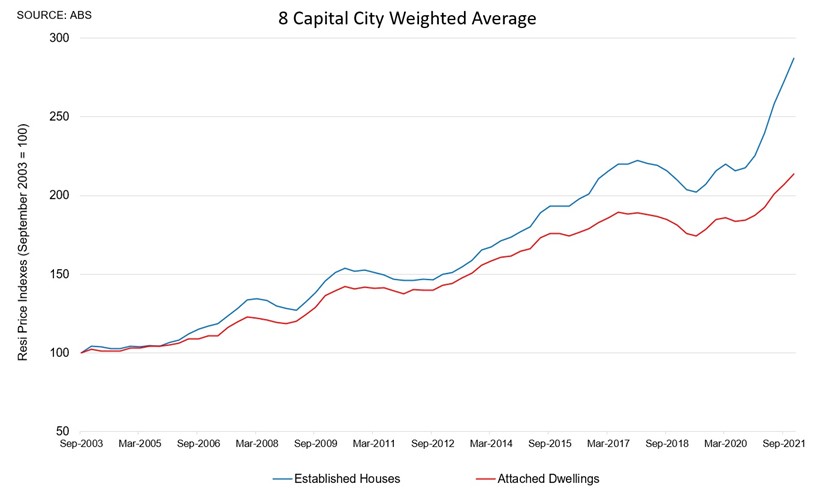 Breaking the figures out by capital city suggests that the larger capitals have typically been less volatile, with the resources-driven capital cities of Darwin and Perth recording both the biggest booms and the largest subsequent declines.

At the time of writing, the Brisbane, Adelaide, and to a lesser extent Perth markets appear to retain some upwards momentum, while the prospect of rising mortgage rates and a change of government have becalmed the Sydney and Melbourne markets for now. 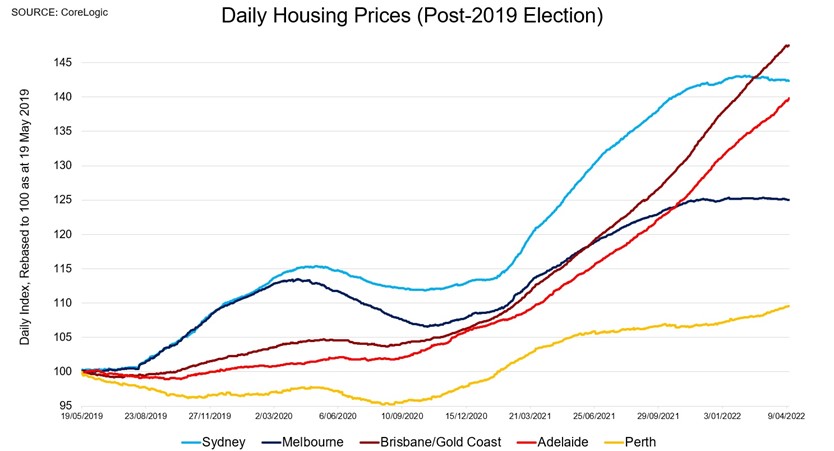 The best time to buy?

Is there any logic to waiting for the market to fall further or are you better off to buy when you can afford to?

History shows that fine-tuning an entry to the property market is difficult to do, and usually it’s best to buy when you can afford to do so, provided you buy sensibly and take a long-term view.

What else will have a significant impact on the market during the next two to three years?

With rental vacancies heading to all-time lows, there’s a high likelihood that rents will rise by 10 to 20 per cent this year, meaning that real estate with a high land value content will still be sought after as an inflation hedge.

With immigration ramping up again in 2022, the market is set to be characterised by a chronic shortage of rental properties over the year ahead.