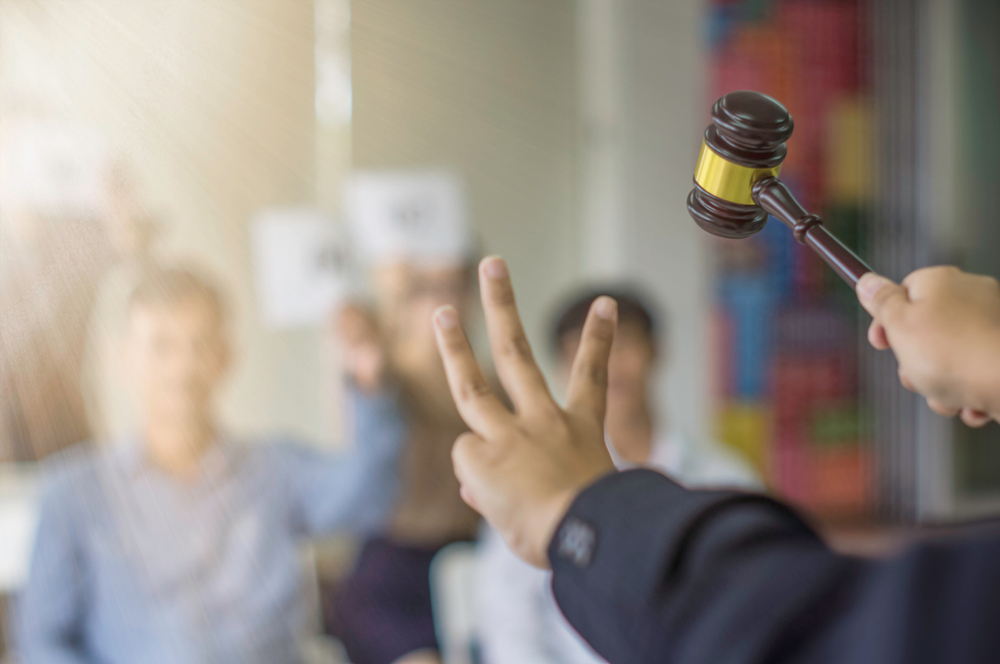 A major frustration lately for property buyers is the return of very intense competition at auctions each Saturday, where you’re more likely to lose than win.

Thanks to the heat returning to the Sydney and Melbourne market, there’s an influx of buyers all rushing to snap up the small pool of listed properties. Auctions are crowded, bidding is fierce, and places are going for well above the guide price.

When you’ve spent time and money considering a potential purchase, having building and pest inspections done and teeing up your finance, falling at the final hurdle can be painful.

However, all’s not lost. There are some simple but powerful strategies that can put you in the best position to be the successful bidder.

First homebuyers I meet often remark how floored they were after their first auction experience. Most admit they were smashed out of contention by the very first bid that was made.

That’s because savvy buyers who have experience at auctions understand there are times when the best strategy is to knock out the competition with a strong open. It sends a message to the rest of the pack that you’re serious, confident, know what you’re doing and can do what it takes to get the deal done.

An aggressive opening bid strategy is a way of removing the hope of those bidders who might not have the same capacity of you and getting them out of contention.

You’ll know what your maximum limit is for the property and will have a sense of what the place is worth, so why not go close to that with a big bid straight out of the gates?

This is a risky approach though, in the sense that you could run out of ammunition quickly. It’s important to assess the playing field at the start. How many registered bidders are there? What’s the mood been like at open homes and on the day of the auction – a bit excitable, with lots of people keen to buy, or flatter than it’s felt in other comparable properties?

If it’s feeling like competition might be high, an alternative but just as aggressive strategy is to emerge from the back of the pack.

The bid will come as a surprise to those who’ve made the first few moves. The auctioneer is keen to keep things moving quickly, knowing that a slow auction is a dud auction. Your competition will be caught off-guard and scramble to reassess their position in the battle.

With any luck, you’ll knock a few people out and it will come down to you and perhaps one other. Here’s hoping he or she has a lower ceiling than you.

Another approach is to act swiftly and decisively. Don’t hesitate. Make a counter-offer as soon as someone else has countered yours. Keep the pace moving quickly. A rapid-fire return from you will indicate to others that their maximum is well below yours and they can’t compete. They’ll suspect that you have no chance of backing down.

If they see you start to slow, umming and ahing about the latest bid and whether you can beat it, they’ll sense that they’ve caught up and could be about to snatch it.

Be confident, be quick and be persistent.

Be a bit of a detective

If you’re pretty keen on a place, spend some time trying to assess your potential competition.

Go to a few open homes and take note of other repeat visitors.

On auction day itself, get there nice and early to scope out the best vantage point, from which you can survey the battleground as things play out.

As others arrive, wander around and take note of those who seem serious to get a sense of how many competitors might be on the playing field. Who are the actual registered bidders and who are the tyre kickers and sticky beak neighbours?

Take note of overheard conversations. Are they talking strategy? Have they made a comment about how many people are there, indicating they might be nervous? Some might even indicate their thoughts on a maximum price is, so keep your ears open.

Who are they with? Is it a young couple there with mum and dad? If so, chances are, the parents are chipping in and so that could confirm that their ceiling price will be a bit lower than yours, or that the wizened older folks will keep the young ones in check.

Check out their body language. Do they seem nervous? Are they cool as a cucumber? If it’s a couple, are they muttering to each other as things go on? Do they keep making eye contact? Is mum or dad jumping in to stop their kid from bidding or to ask them to reconsider?

Is your main competition shuffling from one foot to another, looking around frantically when a new bid comes in or getting frustrated?

In this same vein, keep your cards very close to your chest. Don’t tell the agent what you think it’s worth, no matter how often they ask. Don’t reveal what your limit is or what you’re willing to spend. Keep a very straight poker face at all times. Be subtle in your movements and don’t give anything away with your body language.

If you’re starting to feel like you might be losing ground and an aggressive strategy isn’t working, try a stalling one.

As I mentioned, auctioneers like a fast auction. It keeps momentum rolling. Slow it down to give yourself a bit more time to compete.

It’ll throw off your competition and probably the auctioneer, letting you control the pace of the proceedings a bit.

Auctions can seem daunting but attending a few and getting a feel for proceedings before you bid for real is a valuable experience. Better yet, consider using an experienced buyers’ agent to represent you. We’ve attended thousands of auctions and know how they run, what to watch for and when to step up thereby increasing your chances of coming out on top when the hammer falls. We bid without emotion and a determined focus to win for our clients.