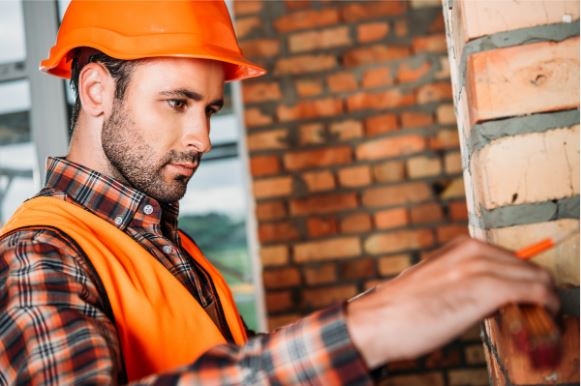 Scott Morrison has announced a generous new stimulus package called HomeBuilder for Australians building a new home or undertaking a renovation on their existing one.

It’s been sold as a way to stimulate the construction sector, which is predicted to take a hit from the coronavirus crisis, as well as helping Aussies make their home ownership dreams a reality.

The package is worth almost $700 million and offers a generous $25,000 lump sum for those who are eligible, so on paper, it sounds like a good thing.

But is it actually going to be useful? And what are the long-term implications for the market?

Unlike traditional homebuyer grants, HomeBuilder isn’t just targeted at first timers – even Australians who’ve bought before can get in on it.

The scheme will give a grant of $25,000 to eligible purchasers of a brand-new home valued at up to $750,000 who live in the finished property. But they must sign a purchase contract before December 31st this year and have construction commence within three months of signing on the dotted line.

Also, unlike previous schemes, this one can also be used to fund renovations on existing dwellings – quite a novel idea.

However, the $25,000 must go towards a substantial reno that costs at least $150,000 and can only be for a property that’s currently valued at $1.5 million or less. Again, it must be an owner-occupied residence.

There are some obvious issues with the stimulus program right off the bat, based on that information above.

For one, it’s far too narrow.

In a city like Sydney or Melbourne, building a new home for less than $750,000 is a pretty unrealistic prospect unless you go to the very fringe of the city in one of those cookie-cutter estates that offer cheap house-and-land packages.

That might be fine for some people, but as I’ve written extensively in the past, a lot of those pop-up suburbs are plagued with long-term issues that make liveability and future value prospects pretty difficult.

For one, those areas are often drastically under serviced by transport infrastructure. Don’t expect an express train line to the CBD or secondary hubs like Parramatta or Geelong. Existing roads are also usually under equipped for an influx of new people, making peak hour a daily nightmare.

Essential services tend to be lacking, so there aren’t as many healthcare, education and employment options nearby.

In most cases, land sizes are small, the constructions themselves cheaply made and the chance of having an asset that grows in value in even the long-term is low. I tend to steer people away from those far-flung suburbs for all of these reasons.

There are exceptions, of course, but not many.

On the second part of the HomeBuilder scheme, renovating, you only need to look at the requirements again to see some big issues.

Firstly, renovating a home that’s currently worth less than $1.5 million will knock out a number of properties in a lot of inner-city suburbs. Those in the middle rings will do well, but have you got a spare $150,000 laying around, ready to spend right now?

The time frame requirements on the grant are too short, meaning that financing, designing and preparing a major renovation, then finding a decent builder to do it, will be almost impossible.

You also can’t spend it on pools and detached outdoor areas, so forget tacking on a big landscape component in order to bump it up to the required amount. It’s more likely to be an extension or a total interior rip-out and re-do.

And finally, a combined household income of $200,000 is not an insignificant amount, to be sure. But if you’re able to find the minimum $150,000 the grant demands, I’m willing to bet that you earn more than that.

In short, in my view, not many Australians will benefit from the scheme.

Some developers who have been struggling to offload stock will welcome it, as it’ll lift demand in areas that haven’t seen much of it of late. Some will also be able to jack up their prices a little.

Those people who meet the income eligibility and have a major renovation project that’s designed, financed and ready to go will also be well-placed to benefit from the cash.

The government has warned that HomeBuilder is very unlikely to extend beyond December, so if you want to take advantage, start getting your ducks in a row now.

But a word of caution.

If you’re going to take up the opportunity to build a new home, pick your area and your builder carefully. Get to know the suburb intimately – what makes it tick, the demographics, its future outlook, any infrastructure improvements, future growth trends and any changes on the horizon – to know what you’re in for.

Pick a type of dwelling that suits the area and meets its buyer and resident needs now and into the future. And do your homework on the company you’re getting into bed with.

If you’re renovating, be sure you’re not overcapitalising. This is especially true the further out from a CBD centre you get. The last thing you want to do is spend a small fortune for the sake of getting a cash handout and wind up with a property that’s not worth what you spent on it.

With all property purchases, it’s important to make decisions that suit your long-term goals and are based on solid research and careful consideration. Remember – location and property type are always key to long term success. Relying on an independent property professionals to help in the decision process will be the best way to avoid the negatives a scheme like HomeBuilder can often bring.