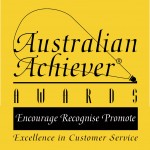 We look at five key factors that will drive the market forward. Also check out our new webinar next week on Tax, Property and Super.  Plus we were recently announced a finalists in two categories the REB Awards program.

1. Five Drivers of the Property Market

Top investors like Warren Buffett don’t follow the herd – they make their own assessments and pick up great value opportunities with great long-term growth prospects when most people are looking the other way. Those that wait until the sentiment returns to the market will miss out on many of the early gains in the next housing uptick and once again face stiff competition.

The Westpac-Melbourne Institute’s ‘time to buy a dwelling’ index has fallen to 90.9 points. Scores above 100 mean consumers are more optimistic than pessimistic, while scores below indicate the reverse. Notice that when the index has fallen sharply in the past such as 2008 and 2010, this has been followed by a housing price boom.

CoreLogic suggests that a number of factors are responsible for the fall in confidence such as a fall in monthly building approvals, affordability issues leading people to look for housing outside of Sydney, easing auction clearance rates in Melbourne and Sydney and a “noticeable” year-on-year increase in the number of properties advertised for sale in Sydney. In addition, wage growth has slowed down and APRA’s lending controls are starting to bite. Investor credit growth has slowed to 7.5% on an annualised basis, although this is still higher than the growth of 6.1% in lending to owner-occupiers.

All of these things are a positive for the long-term health of the market though and will lead to have sustainable levels of growth again. They also present fantastic opportunities for those that can obtain finance and are willing to go against the herd.

According to John Cunningham, President of the REINSW, the five drivers of the property market are cost, need, choice, sentiment and confidence.

While house prices have continued to climb with dwelling prices up in every capital city except Darwin and Perth over the year, the percentage of household income required to service a mortgage is actually down compared to a year ago for both houses and units. The rate peaked at 51% in June 2008 when mortgage rates were discounted rate mortgages were 8.85%. The proportion of household income required to service a standard loan is now 38.9% based on a discounted mortgage rate of 4.55%.

The lack of available properties to buy has prevented some people from selling though, which caused a vicious circle. In Sydney, the average time to homeowners to ‘hold’ their property has jumped from 10 to 15 years for houses and from 7 to 10 years for units. Properties sold in a heartbeat and were hotly contested, even if they were on a main road.

Many vendors that have been holding back from selling have now seen an end to the heady days of 20% gains in a year and are rushing to put their property on the market. The number of total newly advertised properties in Sydney is up 11% compared to this time last year, which is causing the property wheel to start spinning again. The result will be a more balanced, efficient and rational market with better opportunities to negotiate.

This burst of listings will not last forever though and buyers should take the opportunity while it lasts. While we expect total listings to gradually tick upwards as buyers become more selective and lesser quality properties languish on the market, buyer activity will also pick up as the weather warms up and the end of the school year approaches.

Winter can also be a great time to buy property because shortcomings can be more obvious. Vendors would be foolish to list their property during this time if it doesn’t receive good natural light, or if they do, it will be easy to detect. Water leaks and damp issues will also be more apparent.

Sentiment has taken a dive recently as discussed above, although South Australia is bucking the trend due to its slow but steady growth and proposed major construction projects which will create job growth in the state.

Confidence about future conditions and growth prospects is also down and this has partly been responsible for a reduction in the auction clearance rates in Melbourne and Sydney to around 70%. This statistic includes properties that are sold before auction or are passed in but are negotiated on the same day. Expectations for Sydney house price growth in 2017 are now around 7% compared to more than double that at the start of the year.

This is a welcome change which gives buyers more time to complete the transaction and complete thorough research on the specific property as well as the area such as growth rates, demographics and rental yields. I also hope foolish people signing contracts at the first open inspection without completing adequate due diligence will be a thing of the past!

Reduced competition also gives buyers much more power in the negotiating process and allows us to buy quality assets in blue chip areas close to established amenities at reasonable prices again. These properties will always be in demand, irrespective of the stage in the property cycle.

To know more about the hidden benefits of buying in winter and to get an added advantage, speak to one of my buyers agents to make your property plans a reality. Call us today on 1300 655 615 or contact us via this enquiry link.

Our team are continuing their proud award achievements and properytbuyer have recently been announced as...

Matt Corbett and Rich Harvey were recently announced as finalists for Buyers' Agent of the Year and Industry Thought Leader of the Year respectively!

These results come directly from your feedback and judged independently.