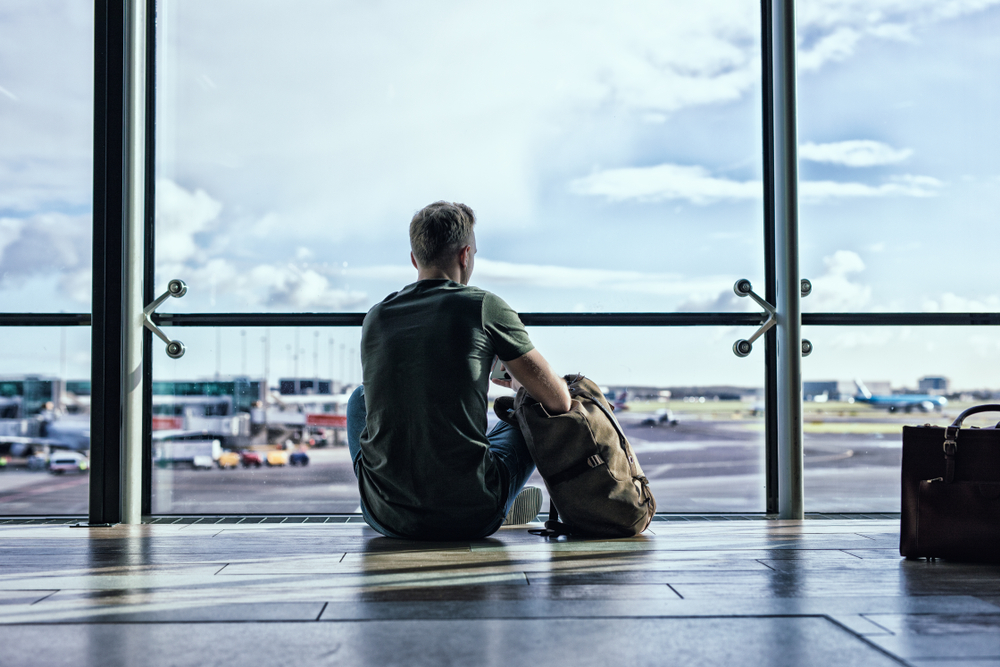 Some small and isolated outbreaks of COVID aside, we’ve had a pretty wonderful summer here in Australia, all things considered.
We’ve been able to enjoy the sunshine and outdoors, spending time with loved ones and even reveling in the odd weekend away. Pubs are open, restaurants are thriving, dance floors are back, and you can even celebrate big life milestones.
Compare that to anywhere else in the world. The United Kingdom, Europe and the United States are emerging from long, cold and dark winters marred by huge daily COVID infections and tragic deaths.
It’s no wonder a huge number of expat Aussies are desperate to come home and put down some roots.

Some might’ve expected the rush of expats returning home to have slowed, especially as we pass the 12-month mark since the COVID-19 pandemic was declared. But our international airports are as busy as ever with arrivals.

Media reports say Department of Foreign Affairs and Trade numbers show almost 400,000 Aussies have return home since March last year. This will take in returning travelers of course, but it does demonstrate the scale of the attraction back to our wide, brown land.

In addition, there were still some 40,000 Australians who have registered their intention to return home when flight schedules and international arrival caps allow.

That’s a staggering number of expats abandoning their temporary countries of residence.

The United Kingdom has seen by far the biggest exodus of Aussies and that’s sped up in the past few months as their latest wave of infections skyrocketed. Western Europe saw a mass departure in the lead-up to Christmas. And I’d be surprised if there were many Aussies left in America, except for the very brave or the very stuck.

Anecdotally, buyers’ agents and realtors here are now beginning to hear from more and more Aussies who’ve been based in Hong Kong or Singapore.

They’ve hung in for the better part of a year, but with no end in sight to the economic bloodbath raging through South East Asia, many are finally cutting their losses and coming home.

While the initial urgency of COVID has long passed and some optimism has returned with the vaccine rollout globally, it seems a huge number of Aussies just want to be back on home ground.

And who could blame them?

Then, you hop on Facebook or Instagram and see your mates back home spending the warm months of January and February at the beach, in the pub, out at dinner, watching the footy and enjoying weekends away.
Even the most seasoned of expat would be hard-pressed to suppress that urge to venture home.
On top of that, Australia’s stellar handling of the crisis, keeping cases and fatalities low, coupled with the return to normal life in many ways – and the avoidance of financial ruin for most sectors – make the idea all the more appealing.

The fact of the matter is that even with the rapid roll out of the vaccine, it’s going to take a long time for things to return to where they were back before we knew what ‘coronavirus’ was. Free international movement will take a while. So too will the way businesses trade globally and position their people.
Plus, the way we responded to COVID has made working remotely from virtually anywhere in the world an unignorable reality.

The mix of expats snapping up real estate back at home is broad, but there’s no doubt that cashed up buyers are leading the charge.

The property arm of international prestige auction house Sotheby’s recently reported a bumper run of sales of high-end homes, including from some buyers who purchases sight unseen.

Others enlisted locally based family to go to inspections or took advantage of the COVID-led trend of virtual property tours.

They’ve just lived through months and months of uncertainty, where their worlds have ground to a halt, and it was impossible to make any decisions. They’re acting decisively and quickly. The heat in our markets, where competition is tough and supply is tight, is also encouraging them to act fast.

Slightly lower down the price point spectrum, returning young families are also moving fast to avoid missing out.
They’re making long, expensive and complicated journeys home, contending with nightmarish flight schedules and delays or cancellations, then hotel quarantine with kids. And that’s before the hunt for work, schools and a new but old life.

The last thing they want to do is spend months searching for a home, so they’re buying as soon as they can.
Those families want a nice home with all of the modern conveniences they’re used to, and no need to spend a fortune on a renovation. They want room to move with some outdoor space and proximity to nice parks. They crave the sunshine, fresh air and blue skies of Australia. They want a nice, safe neighbourhood.

I’ve had a number of inquiries from Aussie expats who are looking to return home and I’ve noticed a common trend among many.

Most of them are out of the loop about which suburbs will offer the lifestyle they’ve been craving over the past year.

They know the typical suspects, like Bondi and Manly, but they’re out of touch with individual neighbourhoods within those suburbs that have the amenities, vibe and dwelling type they’re after.

Similarly, many aren’t in the know on which suburbs have transformed since they were last locals, from iffy areas to trendy urban hubs, or from quieter suburban style enclaves to lush, family friendly favourites.

And on top of that, any knowledge on up-and-comers that are in the midst of a shift or gentrification and offer exceptional opportunities is lacking.

They’ve been away for so long; they don’t know where to start looking and there aren’t many options out there on the market.

An experienced and knowledgeable buyers' agent can help Aussie expats navigate the complex and ever-changing local market. They can help identify wants, needs and budget to find potential properties that fit the bill and then negotiate the purchase on their behalf.

They can also provide access to off-market deals that never make it to popular real estate listing websites, and are therefore exchanged hands with less competition, less stress and in a quicker time.