Sydney Auction Market On The Rise To Spring - September 2020

Sydney’s weekend home auction market concluded winter with clearance rates clearly on the rise as the local market continues to shake off recent coronavirus restrictions and the associated impacts of a weaker economy. 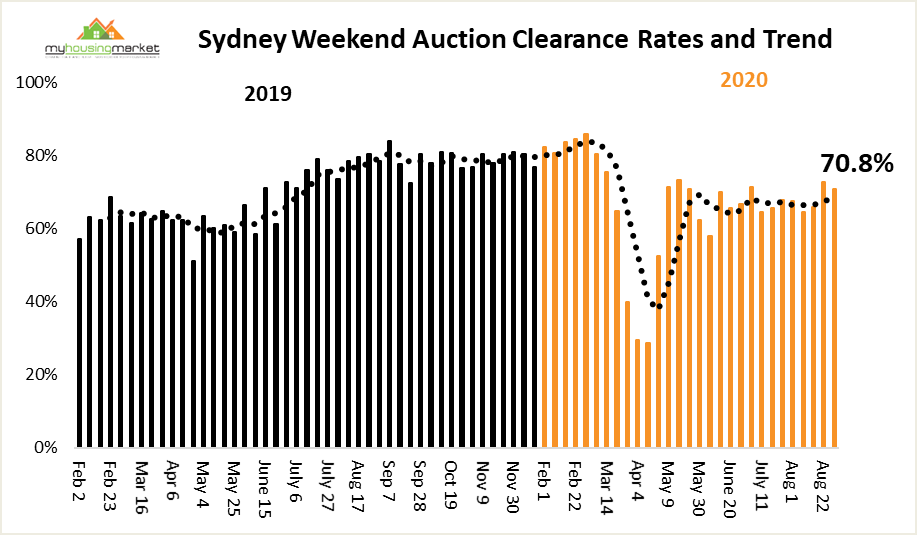 The value of homes sold at weekend auctions however surged over August, increasing by 5.3% compared to July despite one fewer weekend and higher by 8.8% than August last year that also featured an extra weekend.

Top regional performers over August were again the Northern Beaches with a clearance rate of 73.0% and the Central Coast with 72.3%. 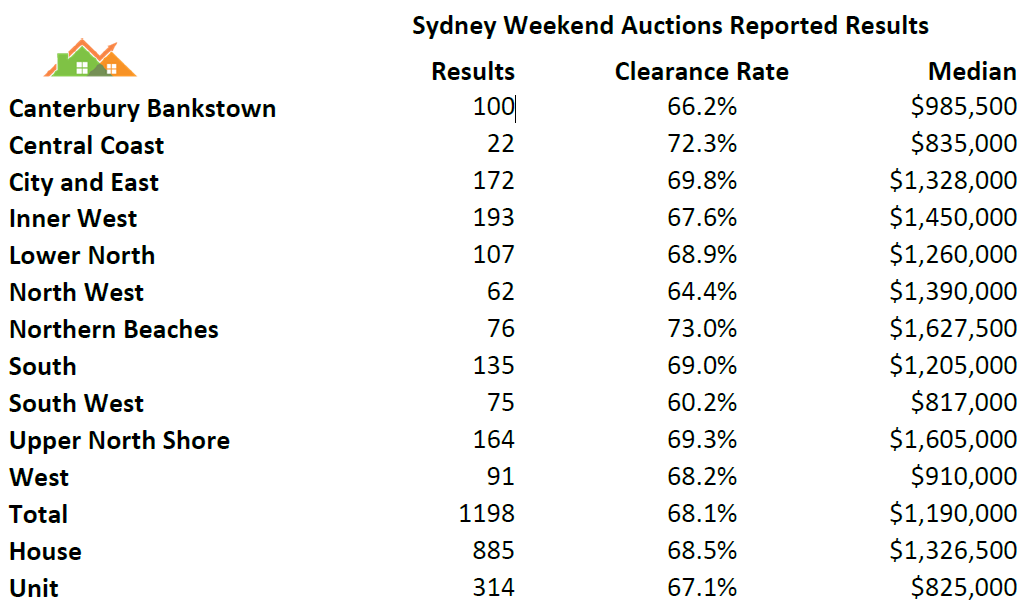 Surry Hills and Maroubra were Sydney’s leading suburbs for reported weekend auction sales with 13 each over August followed by Mosman, Strathfield, Kellyville and Drummoyne each with 12. 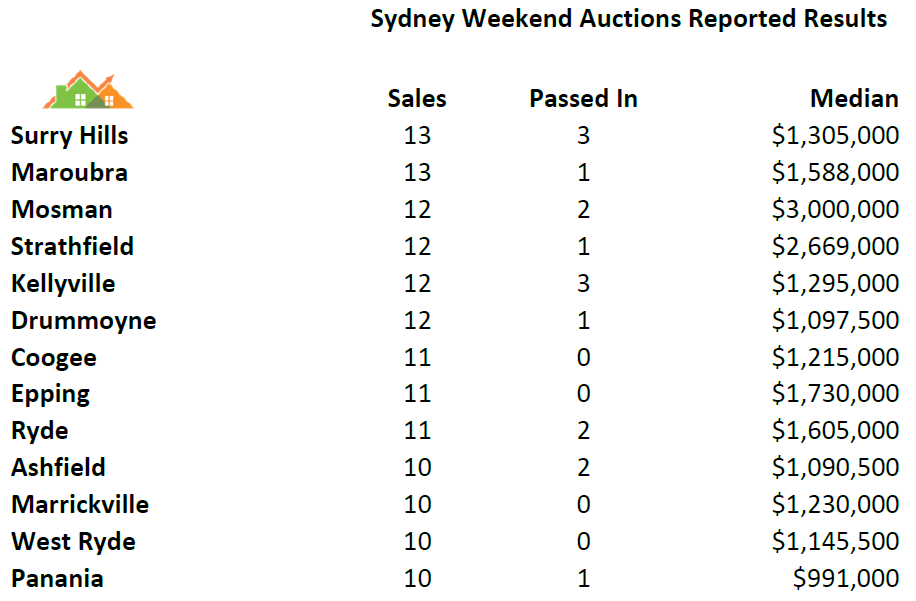 A 4-bedroom house in Hunters Hill reported the highest weekend auction sale over August at $8.65m followed by three houses with prices over $7m in Vaucluse, Burraneer and Manly.

The prospects for the Sydney housing market continue to improve with the clear likelihood of a typically active spring selling season ahead with upward pressure on prices set to emerge.

The local challenges from coronavirus constraints remain but have clearly waned over recent months with consumer confidence on the rise. Governments continue to provide strong support for economies under stress which remains a positive factor for a resurgent Sydney housing market.