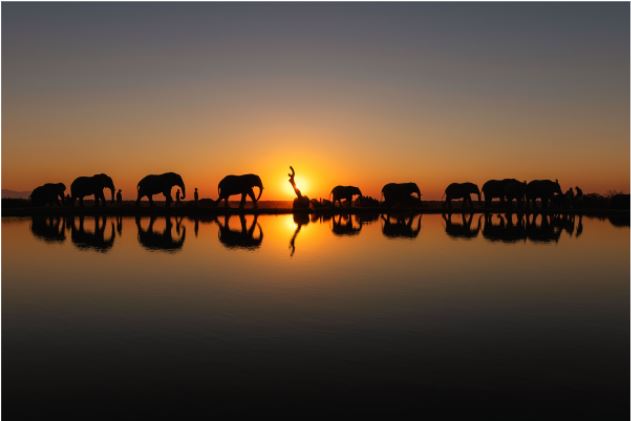 The Power of the Anti-Herd Approach - August 2020

It’s natural for people to be herd animals.

There’s comfort in being part of a pack of like-minded persons. There’s re-assurance in the belief that if everyone’s doing something, it must be the right way.

That may work in some areas of human existence. But not in real estate investment.

In real estate, the opposite is what works. The people who think and act independently are the ones who succeed in real estate investment. But they’re a minority.

And this is why relatively few Australians achieve outstanding success in property investment. Most like the comfort of the herd and no one ever got rich following the herd. Success belongs not to the pack animal, but to the lone wolf.

The problem with herds is that they’re not driven by logic or reason. Herds are skittish and prone to panic reactions.

And most people would prefer to be part of a herd that’s stampeding towards a cliff, rather than being the strong-minded individual who detaches from the rampaging pack and runs in the opposite direction.

There’s plenty of evidence that people who reject the herd have the greatest success with investment. One of the world’s leading investors, Warren Buffett (recently ranked the 7th wealthiest human, with a net worth of $US80 billion), has always preached an anti-herd approach. “Sell when others are buying, and buy when others are selling,” is his simple but highly effective mantra.

He also advocates taking a long-term view of investment. He says he buys good assets with the intention of keeping them. He’s an accumulator, not a trader. He says he doesn’t care if they shut the market down and it doesn’t reopen for five years, because he has no intention of selling the good assets he owns.

How does this apply to Australian real estate in August 2020? Investors collectively are not adopting the Warren Buffett philosophy. They’re milling around in the herd waiting for a signal that it’s time to move.

First-home buyers and other owner-occupiers are busy in the market, taking advantage of high levels of government assistance and low levels of interest rates. Their activity is putting upward pressure on prices in many locations across Australia.

But investors are mostly inactive and they’re missing opportunities to buy well for future growth.

The problem is that most intending investors fail to do real research. They do little more that absorb media soundbites.

Sadly, the news has been overwhelmingly negative as media outlets have sought to milk the pandemic for as many clickbait headlines as possible. This has been not only unhelpful, but often highly inaccurate.

Every data release from research sources usually contains some positives and some negatives, but media will usually focus on the negatives and ignore the positives.

Recent data on vacancy rates has been overwhelmingly positive for property markets – with most capital cities and also regional centres having very tight rental markets, putting upward pressure on rents and prices. But mainstream media has focused on the small number of negative figures, notably the high vacancies in inner-city areas.

So the soundbite eaters have been getting lots of sour messages, including predictions since March that markets are on the point of collapse, with property values set to fall 20% or 30%.

Five months after those kinds of dire forecasts were first made, we are yet to see any evidence of it. Of the 15 market jurisdictions in Australia (eight capital cities and seven state regional areas), 11 have house prices higher than they were at the start of the year, according to CoreLogic data.

But most investors continue to mill around the fringes of the market, waiting for some signal that it’s time for the next bull run.

Most of them will stampede into the market when they hear there’s a boom happening. And that means they will miss the best time to buy. Many of them will buy at the peak and will potentially lose money.

Such is life for the herd animals. All power to the independent thinkers.