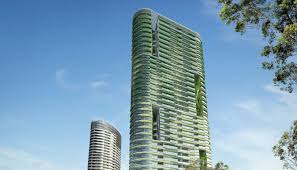 As you will be aware, in early June the NSW Government passed the Design and Building Practitioners Act 2020 (NSW) (“DBPA”) and the Residential Apartment Buildings (Compliance and Enforcement Powers) Act 2020 (NSW)(“RABA”).

These laws will significantly change the development landscape in relation to Class 2 residential buildings (and potentially other types of buildings).

For example, a new duty of care under the DBPA has been in place since 11 June 2020 which may result in action being taken against developers, builders and others by a broad range of people (not just the original or subsequent owners of the building) for defects in buildings up to 10 years old.

Under the Acts, the power of the Secretary of the Department of Customer Service or the Building Commissioner to prohibit the issue of occupation certificates can potentially lead to buyers rescinding sale contracts for off-the-plan purchases.

In addition to these new laws, the NSW Building Commissioner is in the process of developing:

The availability of such database will enable both purchasers and financiers to undertake more detailed due diligence on developers and others involved in a project prior to committing to be involved in the project. For those developers who have had litigation against them, been subject to Fair Trading claims, have had insurance denied or claims against them or have not paid taxes, such matters are likely to be noted in the new database.

We assume this information will form the basis on which ratings will be awarded to participants in the industry.

Each of the above matters may affect the ability of developers to finance projects. The consequences for financing include:

Although the reforms are important, the financial costs of compliance and the potential liability to which developers, builders and others involved will be exposed in respect of projects (up to 10 years old) may, given their already fragile financial position, create difficulties for some participants in the industry.

It is important for developers to gain a full understanding of the new laws as well as how they will be accounted for by their existing and future financiers.

We have developed a simple Guide as to whether the Residential Apartment Buildings (Compliance and Enforcement Powers) Act 2020 (NSW) applies to a project.

For your complimentary copy please email Peter on: peter@peterfaludiconsulting.com.au