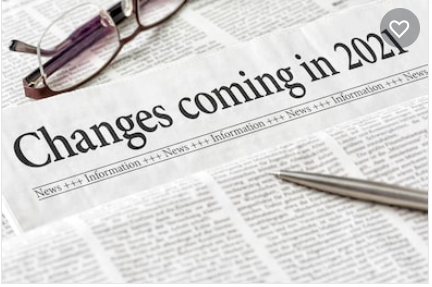 It’s pretty incredible to cast my mind back 12 short months to this time last year and reflect on how life has monumentally changed in the time since.

The thought of donning a face mask to go out and about in Sydney would’ve been positively foreign to most of us. The idea of not being able to travel abroad – and most of the time, interstate – might’ve been the stuff of nightmares.

Some of these changes will be temporary. They’ll fall away as more and more elements of normality are won back. A few could be permanent.

It’s the same when it comes to the impact of COVID on property markets. Some changes will be with us for good, I predict.

Much like companies accommodating working from home literally overnight, after years of putting it in the ‘too hard’ basket, real estate had to move quickly to embrace technology and make the most of it.

You could almost feel the chill run down the collective spine of real estate agents across the country when inspections and auctions were banned at the start of the pandemic.

"People being unable to go to an open home or attend an auction to bid on a property? There goes the market, they must’ve imagined.

But the sector adapted quickly with the help of tech.

Likewise, the emergence of virtual auctions kept sellers in a position to try their luck with a ‘crowd’ of prospective bidders. Secure platforms allowed over the internet bids in real time.

And when an interested buyer met a keen seller, negotiations could be conducted virtually too, with the exchange of contracts also able to be done without ever meeting in person. It was an impressive pivot to see.

I think this period will have a fundamental impact on the process of buying and selling, with technology helping to shape how parties interact and do business.

Another major change to come from the coronavirus crisis will be centered about consumer confidence – or rather, it not being shaken quite as easily by negative headlines.

We’re used to hearing and reading doom and gloom about real estate markets when the going gets tough. There are catastrophic predictions of woe and despair whenever prices get too hot, the stock market goes down (or up, actually), world economies falter, governments change, policies shift, rates rise (or drop, actually) … well, you get my point.

Just like those forecasts of an unprecedented crash we heard during the Global Financial Crisis – which never eventuated, by the way – we were bombarded with immediate warnings of an imminent bloodbath.

Commentators, financial boffins and even the big banks got in on the action, tipping a property price crash of anywhere between 15 and 30 per cent, depending on the source.

It terrified people. Heck, it even terrified me a bit.

But sure enough, the famously resilient Australian property sector remained upright. There was the most modest of easing in some cities, and even growth in others. Every single city bar one finished 2020 in positive territory, which is extraordinary.

I think Australian property investors will remember this. They’ll perhaps have a bit more faith in the tried and tested long-term stability of real estate the next time storm clouds roll in. They’ll remember that sunshine surely follows rain.

And they won’t forget those failed forecasts of absolute carnage that never eventuated. Once again.

Perhaps the biggest change of all will be with properties themselves, which many of us are now looking at in a different way after what we’ve just experienced.

Working from home is something not many of us had done before the pandemic hit. It wasn’t a possibility for most workplaces, either because systems and technology didn’t allow it or bosses hated the idea of people slacking off on the couch.

Suddenly, when almost all of us had to do it, we realised that it can be either a blessing or a curse depending on your home.

If expectations are correct that a bunch of us will remain working from home, at least part of the time, then our dwellings will need to change. More people, both buyers and the renters of investment properties, will demand a home that’s suitable to work from.

An actual focus on flexible spaces – living rooms that can also be turned into a comfortable, efficient, pleasant and healthy place to work during the day – will be the norm. A ‘study’ will be more than a bit of leftover space in a builder’s floor plan where a cheap bit of wood is thrown to become a desk.

Natural light, airflow, high-speed internet wiring, the placement of power outlets, the size of second bedrooms in smaller dwellings to accommodate a partner also working from home, noise minimisation tactics, and power efficient cooling and heating are just some of the things that sellers will need to consider moving forward.

Those of us who’ve just spent a long time stuck at home – ask a Melbournian what 2020 was like – will have a brand new appreciation for nature.

I’m talking about the immediate access to it via an outdoor space, either a bit of yard where possible or a balcony with a nice outlook. At the very least, a pleasant vista will do. Future buyers will want some greenery in their vicinity, both directly and in the form of nearby parks and pleasant street scapes. Fewer of them are willing to compromise for the sake of a cheaper deal, I suspect.

And while there’s been a lot of talk about the city exodus, or people fleeing major metropolitan areas post-COVID, I still think urban living will be the sought-after norm.

Perhaps CBDs will change from predominantly places of commerce where the office building is king. But inner-city suburbs that are vibrant, mixed use and have a focus on community will thrive in our new world.

For that reason, being near these areas and having strong public transport links will remain an important factor for buyers.

And finally, a big change I see occurring thanks to COVID relates to certainty.

Haven’t we all yearned for a bit of certainty over the past 12 months? Things have been so uncertain, so precarious, that I think most of us can’t take many more situations where things are up in the air for a prolonged period of time.

Take a would-be buyer who’s anxiously awaiting a response to their offer from an agent who’s taking a little too long to respond. I don’t see many being willing to cop that. On the flipside, vendors will have minimal patience for deals that suddenly fall through because of issues with a buyer getting finance or changing their mind.

A premium will be placed on certainty and confidence in all things. This makes the role of a buyers' agent absolutely critical.

They assist would-be buyers to source potential properties that fit their needs and wants, often times ones that never hit the open market, and then negotiate with the vendor on their behalf. They take all of the angst, anxiety and uncertainty out of the negotiation process.

They also give huge relief to the seller and their agent, who know that a buyers' agent is working with a pre-qualified buyer who’s much more a sure thing.

There’s no game-playing, no tricks of the trade, just two parties sitting down to nut out a deal. Simple, clean, no drama. Who doesn’t want that in this strange new world?