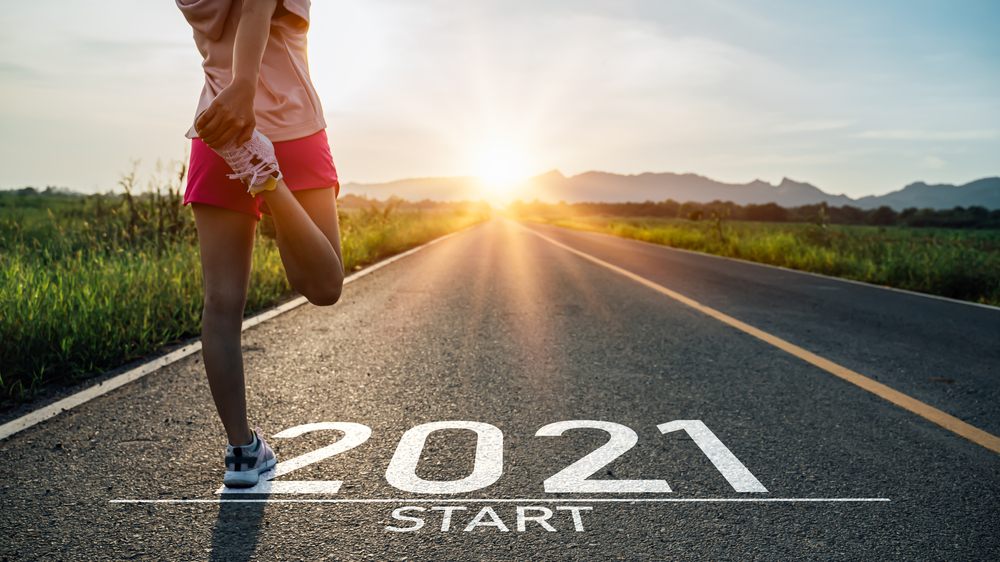 Twelve months ago, the world first learned of a growing number of cases of a bizarre pneumonia-like illness in a Chinese city called Wuhan, prompting an urgent visit by the World Health Organisation.

What a wild ride it has been since then when it comes to virtually every aspect of life, from the human toll to the social and economic cost. And while a lot has happened over the past year, not a great deal has changed.

International travel is still impossible. World economies remain in ruins. The infection rate and death toll are soaring out of control in first-world countries like the United States and United Kingdom. The balance between protecting the public and maintaining a functioning nation is way off in many regards.

It’s easy to feel a bit hopeless about everything, not to mention gloomy in your outlook of the world in the short- to mid-term.

The one big positive as we enter 2021 is the roll-out of several effective vaccinations for COVID-19, in perhaps the biggest, most ambitious and expensive coordinated scientific efforts in human history. While it will take a long time to get back to the normal lives we once knew, it’s a shot in the arm – pun intended – for confidence.

That confidence, coupled with a slow return of international travel, business, study and investment, puts Sydney is an exceptionally good position to reap the long-term benefits of high demand and restrained supply.

But before I tell you where Sydney house prices are heading, I think it’s worth taking a look at where they’ve been. Or rather, where everybody in Australia thought they’d be.

I keep harping on about it, I know, but it’s worth repeating to show why you shouldn’t put too much weight on terrifying headlines.

As the pandemic took off here in Australia back in March and April, a slew of economists and commentators began offering their predictions of what was going to happen in Australia. And none of their outlooks were good.

The extent to which house prices would collapse ranged between 15 and 30 per cent, depending on who was peering into their crystal ball. I’m not talking fringe-dwelling internet writers either. I’m talking respected financial experts and major banks.
And fair enough, I suppose. The world was in a very uncertain place and conventional wisdom indicated that fiscal ruin was imminent.

It never eventuated. The 30 per cent crash never arrived. There was no avalanche of mortgagee in possessions, no suburbs left deserted by broke and fleeing families. In fact, the exact opposite happened.

Data released by CoreLogic this week shows that the national median home price across the country ended the year three per cent higher than it began. Across the combined capital cities, the median home price is up two per cent compared to the same time last year. In the regions, it’s up a staggering 6.9 per cent.

Sydney was meant to be one of the hardest hit markets in Australia, due to its services and financial sector-driven economy, high overseas migration rate and level of unaffordability.

In the past 12 months, Sydney median dwelling prices are up 2.7 per cent and have risen 1.3 per cent in the past quarter alone. That’s not a bad result for a market that most people wrote off as dead in the water.

Is this growth trend likely to continue into 2021? What about the tough economic circumstances and other trends like the city exodus?

In my view, Sydney is in for a cracker year for several reasons.

Firstly, good quality blue-chip property will always stay strong regardless of the somewhat grim overall economic outlook. That’s because they possess the qualities that are always in demand – location, desirability, lifestyle, amenity and inclusions.

Sure, the level of demand might ebb and flow, but it will never entirely evaporate. And you’re much less likely to see significant price corrections in sought-after locations as they tend to hold their value and rebound more quickly.

Secondly, I don’t buy the city exodus trend that’s being parroted in the media. Sure, some people have taken the opportunity during lockdown and thanks to working from home capability to relocate to a region. Some have snapped up weekenders, having spent several months locked inside.

That’s driving the surge in median prices in regional markets.

But for the most part, I don’t think a city like Sydney is at risk of becoming a ghost town. It will regain its favour. People will remember why they love living here. And those who suggest they’ll flee the city will find it too hard.

Culture. Colour. Community. Connectivity. Commerce. Creativity. Convenience. You can’t get it on the scale and depth that you can in Sydney – in non-COVID times – in a small country town. Lovely to visit, they might be, but living in them full time is a different matter.

Thirdly, as I mentioned, the rapid roll-out of COVID vaccines will go a big way in allowing normal life to resume. We’ll travel again. International business and study will return. Migrants will slowly pick up their dreams of starting a new life in Australia. The economy will reopen beyond our borders.

And what a destination Sydney will be. After all, having watched formerly great world cities crumble over the past year, why wouldn’t you pick a stable, vibrant and safe place like it?

All of that will see demand for property in Sydney increase. And before the pandemic, the projected rate of population growth significantly outstripped the anticipated supply of new dwellings in Greater Sydney. Very significantly.

Even with grants and incentives for people to build new homes, and even if migration numbers take a long while to get back to where they were, it’s unlikely Sydney will have more homes than buyers any time soon.

My optimistic outlook isn’t a blanket statement, though. There will be some suburbs that see no growth and may even slide backwards, and some dwelling types in certain areas that are duds.

It’s why it’s important to enlist the services of an experienced, independent and qualified buyers' agent to help you navigate the market.

Not only can they work with you to determine your wants, needs and budget, sourcing potential deals and then negotiating on your behalf, but they can help you avoid potential disasters by knowing what to look for.

Buyers' agents are on the ground day in, day out. They know what’s driving individual markets and can spot subtle shifts in demand, supply, demographics and more. They can sniff out opportunities, including many that never hit the open market, that are primed for long-term growth.