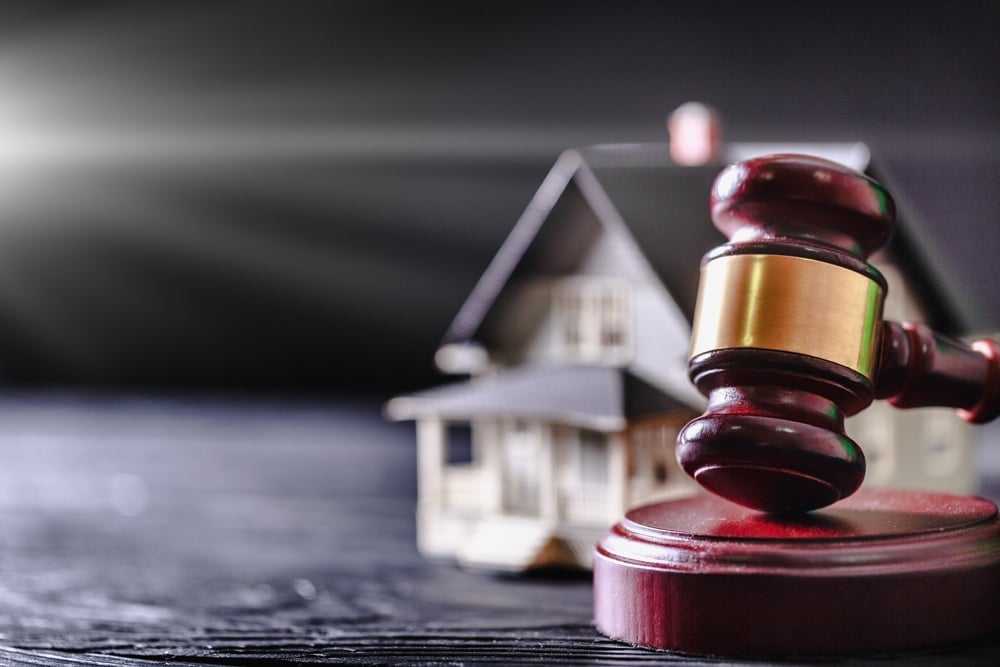 According to some commentators back in March, the coronavirus crisis would see buyer activity plummet and property markets crash.

Months on, and neither of those things have eventuated. Auction clearance rate data shows people are still out and about, snapping up real estate and providing extremely strong competition.

And there’s been a modest, almost negligible impact on median house prices across the capital cities. But that’s hiding anecdotal reports from agents on the ground about prices holding, and in some cases even increasing, in blue chip suburbs.

The only thing that’s changed. There aren’t as many vendors listing.

Most seem to be sitting on their hands at the moment, pushing down the amount of available stock on the market.

This means buyers are being left disappointed at increasingly competitive auctions.

Last weekend, Sydney recorded a very strong auction clearance rate of 69.5 per cent, which is good at any time of the year – but especially so now.

It’s only been a few weeks that in-person auctions have been possible, with restrictions easing and bringing an end to virtual under-the-hammer sales. Buyers are getting out and putting their best foot forward.

But the competition is stiff. That strong clearance rate was from 449 auctions, which is lower than usual for this time of year. There were also 46 withdrawals at the last minute, hinting at prevailing nerves among vendors.

It was a similar story in Melbourne, the country’s second-largest auction market, which recorded an auction clearance rate of 57 per cent. It’s softer than it should be, but still a decent result given the current climate. But again, that was from just 410 auctions, 37 of which were withdrawn just prior to the big day.

Victoria still has strict social distancing limits that impact auctions, so I’m not overly surprised by the result. If anything, the restrictions make it more impressive. As they ease in coming weeks, I expect the rate to rebound.

What these results and other market indicators tell me is that there’s still strong appetite among property buyers, but not much among sellers. Tough competition is pushing up prices and making auctions more difficult to win.

For would-be buyers, this will either leave them disappointed, walking away empty handed, or worse… paying too much.

Imagine you’ve spent a long time picking through listings to find a potential property that meets your needs, wants and budget. You trawl through a lot of trash before you eventually find a treasure.

You inspect the home and feel your excitement levels rise. It looks pretty good! You kick the tyres, imagine yourself living inside and start the delicate dance of dealing with the sales agent.

You commission a building report and a pest inspection. You do the numbers on your finances. You visit again, perhaps taking a tape measure to check if your dining table will fit inside. You walk around the neighbourhood, get a coffee at the local café, maybe say hello to a few locals.

And then auction day rolls around, and you find yourself in a sea of faces, all just as committed as you to making this house their home.

These days, there’s a decent chance you’ll be outbid by someone who’s capable of paying just a little more, or doesn’t mind going over budget, or is more emotionally tied.

It’s disappointing having to go back to square one and begin that process all over again, especially when there aren’t many listings in the field.

Auctions are always tricky affairs. That’s just their nature. But things are especially difficult for buyers at the moment.
How do you give yourself the best shot of succeeding?

Get your finance sorted nice and early. Obtain pre-approval so you can bid with confidence and be in a position to act quickly.

Become an expert on the area you’re targeting by doing thorough research and due diligence. This will not only put you in a position to know what’s worth buying and what’s not, but it’ll also help you avoid paying too much.

On that note, know your pain point. Don’t go in blind and risk paying too much due to emotion. Set yourself a price that will indicate it’s time to pull out.

In addition, on a practical note, practice good social distancing on auction day. Stay a safe distance from others, but don’t put yourself out of the auctioneer’s line of sight. Also make yourself known so they’re aware you’re in the crowd.

But by far the most important decision you can make, especially in this climate is to engage a qualified, experienced and independent buyer’s agent who can manage the search, negotiation and auction process entirely on your behalf.

They have intimate and on-the-ground knowledge in suburbs that allows them to know what you should pay for your dream home or investment. They can also seek out opportunities that have strong future growth prospects and avoid potential pitfalls that are hard to spot on your own, such as negative changes to the area or planning quirks.

They can help you define your search criteria – what you want, what you need, how much you’re able to pay – and then go out to find you the best prospects.

They can work on securing it for you, by dealing with the agent and acting on your behalf at an auction. This removes the emotion and temptation to pay way too much for something.

And better still, their access to off-market deals that never make it to those property listing websites and don’t go to auction. That’s incredibly valuable at the moment when there aren’t many listings to choose from. It means you’ll have an edge on the competition – and even be able to eliminate it.