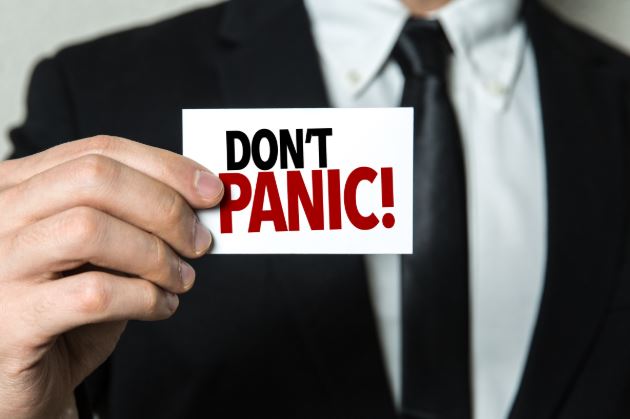 Property A Beacon Of Safety - March 2020

On Tuesday 24 March I will be hosting a webinar in which I will discuss the impact of the coronavirus on real estate with Rich Harvey of propertybuyer.

If early registrations are any indication, it will our most popular webinar ever. Not surprisingly, with the virus impact dominating news media, people have an urgent interest in how this will play out for real estate.

Register Now for the Webinar: CoronaVirus - Threat or Opportunity for Housing Market

As is always the case, unfortunately, attention-seekers are exploiting a serious situation by seeking publicity with dire predictions.

So, let’s examine what happened last time there was a roughly comparable scenario impacting on our economy, real estate and life in general.

The last time we had a global crisis which caused share-markets to collapse and prompted the Federal Government to announce a stimulus package was in 2008 when the so-called Global Financial Crisis struck.

At that time, we were inundated with economists and others seeking their 15 minutes of fame by forecasting a collapse in housing values. Academic Steve Keen famously predicted that our property values would drop at least 40% in 2009. If he’d been right, it would have been an unprecedented demise of house prices, not only in Australia but anywhere in the world.

And Keen was not alone. At that time, and in subsequent years, there was a seemingly never-ending line-up of doomsday forecasters for Australian real estate. One American spruiker, seeking to drum up publicity for an Australian seminar tour, claimed that house values would drop 60% and that land values would fall 90%. Renowned doomsday ranter Harry S Dent has claimed our property values were on the point of collapse on three separate visits to Australia over the past decade.

Keen, Dent and all the other forecasters have one thing in common: they were all proven spectacularly wrong, every time.

In 2009, at a time when Keen predicted a 40% drop in Australian property values, house values rose 13.6% - that’s the weighted average increase across the eight state and territory capital cities in calendar 2009, according to the Australian Bureau of Statistics.

Every capital city except Adelaide recorded a double-digit rise in house prices in 2009.

And in 2010 property values rose another 6%, according to the ABS, with all capital cities recording some level of growth, except Perth.

One of the messages we received from those times, and from other periods when share markets have over-reacted to situations in the global economy, is that the Australian property market does not follow the lead of the share market.

In fact, very often it does the opposite.

I know it’s become a cliché in the real estate industry, but in times of uncertainty when share markets are indulging spectacular collapses, people seek the safety and solidity of real estate.

There are periods when real estate prices fall – we saw Sydney and Melbourne values decrease significantly in 2018 and the early part of 2019 – but they don’t have exponential declines in a single day.

The beauty of real estate, and the thing that gives it such a solid place in Australian culture, is that it’s a slow-moving dependable creature.

I’ve no doubt there will be some impacts on real estate from the coronavirus. Some people will stay away from auctions because they fear the potential health impacts of being part of a gathering. But, so far, there appears to be little impact on clearance rates.

If vendors hold off from listing their homes for sale, as some are suggesting, it will exacerbate the current shortage of listings and put further upward pressure on prices.

Overall, I think real estate will be a beacon of safety for investors and other consumers while the world deals with the pandemic.