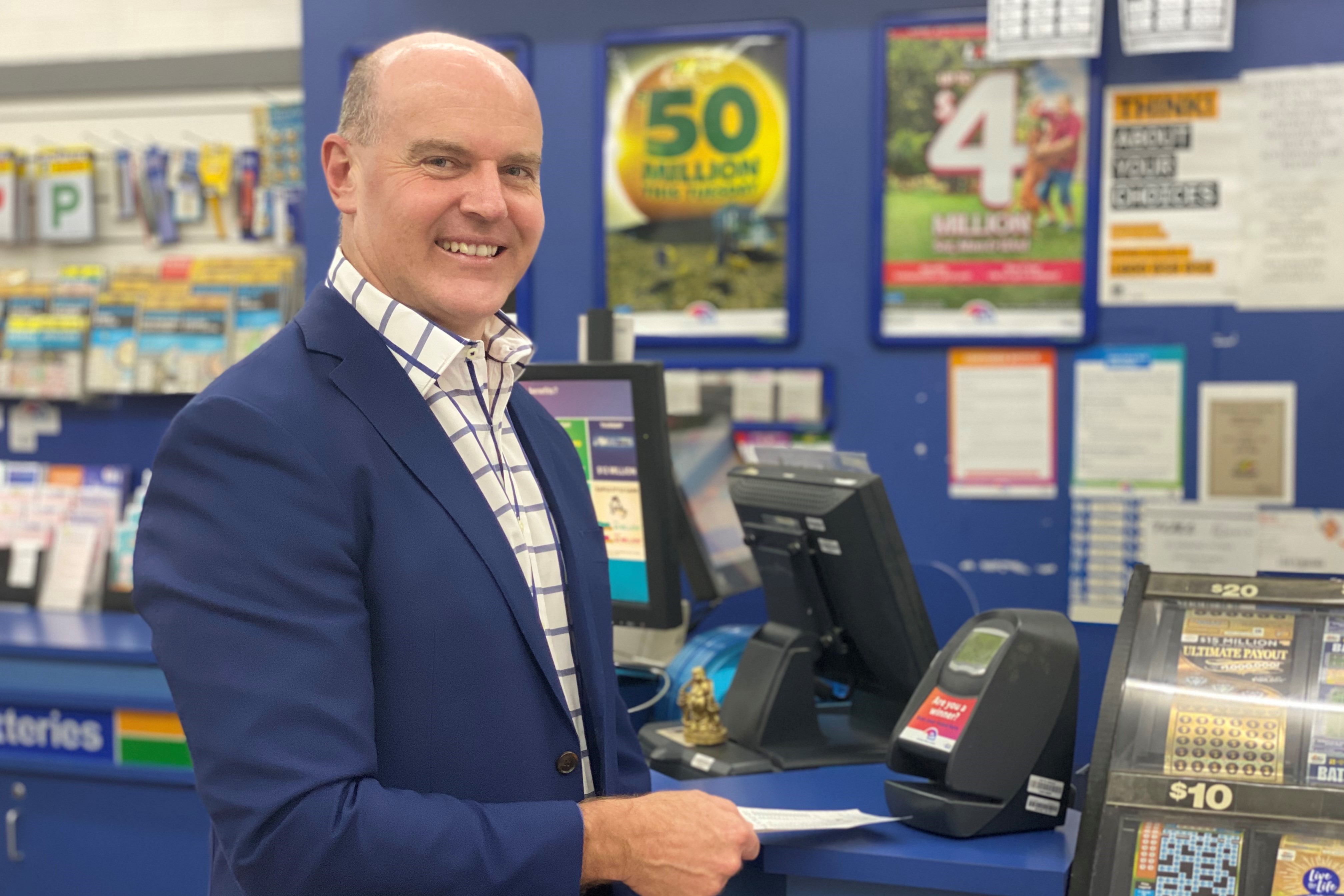 Property or lotto – the fastest way to wealth? - October 2019

Late last month, I did something for the very first time in my life – I bought a lotto ticket.

All of the hype surrounding that Powerball jackpot of $150 million had me daydreaming about the ways I would spend such a huge amount of money, and those daydreams were too enticing to ignore.

Too enticing, even for this former economist who knows the chances of winning are one in 134 million. I had to ask the kind lady at the newsagent how to play, given the thought of wasting my money on such terrible odds was completely foreign to me.

I wasn’t alone. So many Australians bought tickets too, hoping they’d be the lucky one.

I didn’t win, of course. That was to be expected. But it got me thinking about the hordes of people who pin their hopes on a game of chance they’re so unlikely to ever see a decent windfall from.

The cost of that lotto ticket was $25. I was only tempted once and won’t be again, but a lot of people play every week, trying their luck at the tens of millions of dollars on offer even in non-jackpot draws.

Imagine if they invested that $25 into a property instead. Let’s do some back-of-the-napkin sums to see what that might look like.

Imagine they purchased a property worth $500,000 on a standard 80 per cent loan-to-value ratio. If they put an extra $25 a week onto the mortgage, over the life of the loan they would’ve created an additional $39,000 in equity.

Now, consider that the property appreciates in value by six per cent per annum on average, as it typical historically in good suburbs in major capital cities.

At the end of 30 years, based on that growth rate, the property could be worth in excess of $2.8 million.

Instead of flushing money down the toilet playing the lotto, they would’ve paid off their mortgage quicker, built extra equity in their property and focused their hard-earned cash on a stellar rate of return.

And that’s just $25. What if they changed their spending habits a little and squirrelled away more money to go towards a property? Let’s say they put $50 a week on the mortgage… or even a couple of hundred dollars extra a month?

Suddenly, that $39,000 in extra equity – already a wise use of cash as it is – looks mighty impressive.

What are the odds?

Of course, property markets experience ebbs and flows. While the six per cent per annum figure is an average based on long-term performance of major markets, there are periods when values don’t increase.

And there are phases when they retract, as we’ve seen over recent years in Sydney and Melbourne.

But all things considered, what are the chances that the person who put $25 into their mortgage rather than into the lotto company’s coffers will have seen the value of their asset increase?

The odds are substantially better than one in 134 million, that’s for sure.

Carefully selecting the right property in the right area with strong growth fundamentals for the long-term will mean the odds are forever stacked in your favour.

Population growth, economic expansion, a rate of new dwelling supply that’s not remotely adequate for increasing demand, demographic shifts… all of the growth levers are in place to make property an enticing prospect with good odds.

Gambling your way to wealth is uncertain and foolish.

Putting your money towards carefully selected real estate that offers the best potential for capital growth – growth that can weather any market jitters in the long-term – is how you build wealth.

Would you rather invest $39,000 in an appreciating asset or a hope and a prayer?

Don’t buy a lotto ticket – odds are you will simply be $25 a week poorer.

Instead, be smart, because most of those seated at the pointy end of the plane didn’t get there through good luck. They achieved their dreams through good planning and by seeking smart advice.