Sydney’s weekend home auction market has commenced the spring selling season on a clearly positive note with clearance rates, listings and prices all on the rise as a sellers’ market emerges. 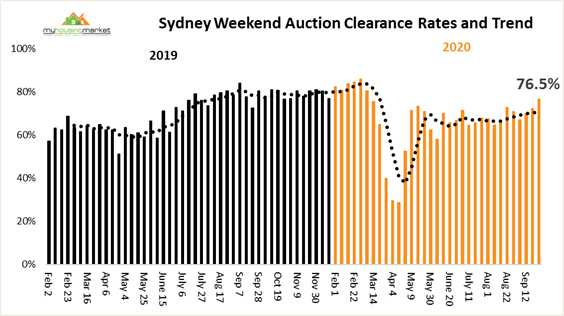 The Northern Beaches remained Sydney’s top regional auction performer over September with a clearance rate of 77.7% followed closely by the Inner West with 76.5% and the North West with 75.3%. 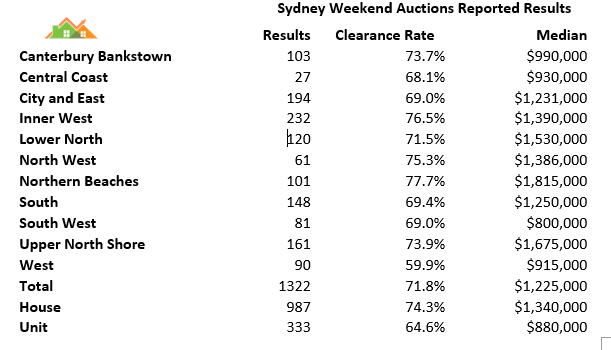 Castle Hill was Sydney’s leading suburb for reported weekend auction sales with 15 over September followed by Randwick 13 and Lane Cove 12. 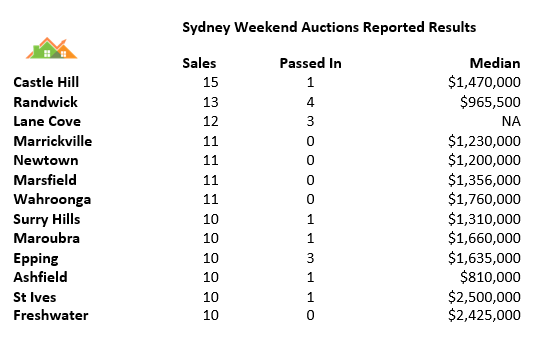 Sydney’s spring selling season has commenced with solid to strong results for most sellers and momentum clearly rising with higher listings, clearance rates and home prices recorded over September.