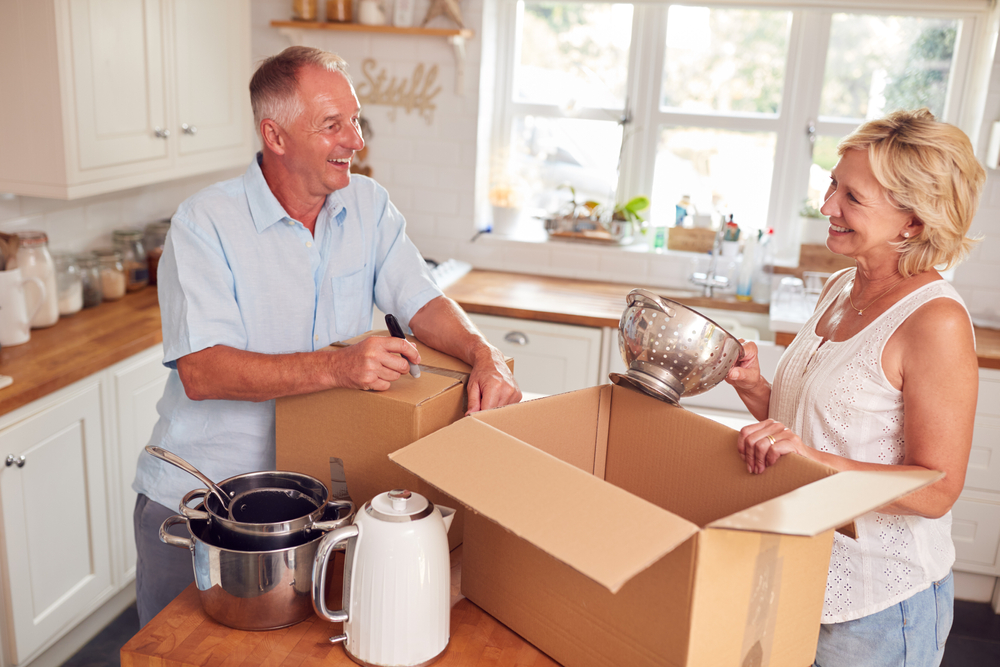 The Best Time Ever to Downsize Your Home - May 2021

There comes a time when Australians approaching a certain age begin to think about trading in their big and high-maintenance family home for something a little more efficient.

Downsizing isn’t just for retirees who’ve long ago finished work, with more than 10 per cent of those who pack up and move on to something smaller in the 50 to 64 age bracket.

It can be a stressful and uncertain move to make, especially when it involves not just an asset, but a place you might’ve raised a family and spent decades of your life in, making happy and loving memories.

But now is a great time to downsize – perhaps the best time ever – thanks to the state of property markets and the imbalance of supply and demand fundamentals.

On top of that, changes to a generous government scheme mean there are 300,000 more reasons to sell the family home and downsize in the lead-up to your golden years.

Four years ago, the government introduced a brand-new superannuation-linked incentive in a bid to encourage older homeowners to downsize.

It was driven by data that found there were several hundred thousand empty bedrooms across Australia’s capital cities – cities choking under the weight of a crippling housing shortage that shows no signs of easing.

The thinking goes that if retirees downsize to something more suited to a single and dual-person household, a family could buy their now-vacant home and make use of the space.

In return, the scheme allowed those aged 65 and older who sold the family home to make a one-off contribution to their superannuation fund to the tune of $300,000. Couples can contribute a total of $600,000. That’s a tidy sum to boost your super account!

Since it took effect in July 2018, some 22,000 people have taken advantage. That’s a lot of real estate changing hands.

In last week’s Federal Budget, the government announced it was expanding the scheme to more people, lowering the eligibility age to people 60 and older.

The other requirements remain the same, including that you must have lived in the property for at least 10 years.

But for those who are due to sell up and move on in coming years, it means they can sell and turbocharge their super balances without penalty. It means they don’t have to delay their property lifestyle ambitions by staying in the suburbs for a few more years.

And it’s something that the Australian Financial Review estimates could trigger and additional $10 billion a year in real estate sales and free up more housing stock for younger generations.

The current dynamics at play in major markets around the country mean that downsizers are poised to seriously cash in.

We’re in the midst of a property boom that’s being felt in virtually every capital city and a large number of major regional centers.

Nationally, median dwelling values surged by a stunning 7.8 per cent over the 12 months to April, increasing by 1.8 per cent in that month alone. That’s 6.8 per cent on a quarterly basis, and now 10 per cent higher than the post-COVID trough seen in September.

Sydney has unsurprisingly led the charge, with median dwelling values rising 7.5 per cent over the past year and 2.4 per cent in April alone.

It goes without saying, but it’s a seller’s market.
But on top of that, the segments of the market that most downsizers will be playing in – well-located and quality family sized homes on a bit of land, for example – are among the most in-demand.

Auction clearance rates are in the high 70s in Melbourne and in the 80s in Sydney each weekend, meaning that stock is being snapped up at a feverish pace. We know from being on the ground day in, day out that the appetite from buyers is insatiable.

So, selling right now is going to be the least stressful it’s been in several years. And vendors are very likely to achieve the best price ever for their home, with median prices now beyond the previous peak.

It’s all good news for retirement nest eggs, for younger families struggling to find a home and for housing markets, but…

Let’s face it. Regardless of your age, being a would-be property buyer is extremely stressful, very uncertain and a near-endless hassle.

That’s especially true in a booming market when there’s intense competition out there. Auctions are packed full of people desperate to make that property theirs, with reserves smashed and cash flying left, right and center.

Just as quickly as a place is listed for sale, it’s gone.
You spend every spare moment scouring real estate listing websites with everyone else, trying to get a sense from professionally staged and expertly shot photographs whether a property is worth looking at, and then cramming into it and countless others each Saturday.

All for the luxury of probably not being able to buy it because there are many, many others willing to spend more than you.

What a nightmare for anyone… but what a particular pain for those older Aussies who are downsizing and might have already signed a contract of sale on their existing family home.

Downsizing can be onerous and painful. But with the right help and the right advice from a buyers' agent, it doesn’t need to be anywhere near as soul-destroying as I’ve described! An experienced, savvy and well-connected buyers' agent can make the entire process efficient, streamlined and painless.

A buyers' agent can work with you to evaluate your circumstances, determine your needs and wants in your next downsized home, and then hit the market on your behalf to find potentials that fit the bill.
Better than that, they can tap their established real estate networks to find off-market real estate deals – the properties that never make it to those listing websites you and everyone else are scouring – and bring them to your attention.

By working with an expert, you can offload that big and cumbersome house, cash in on the booming market, pour the profits into your super nest egg and secure your new home with much less stress and significantly greater upside.