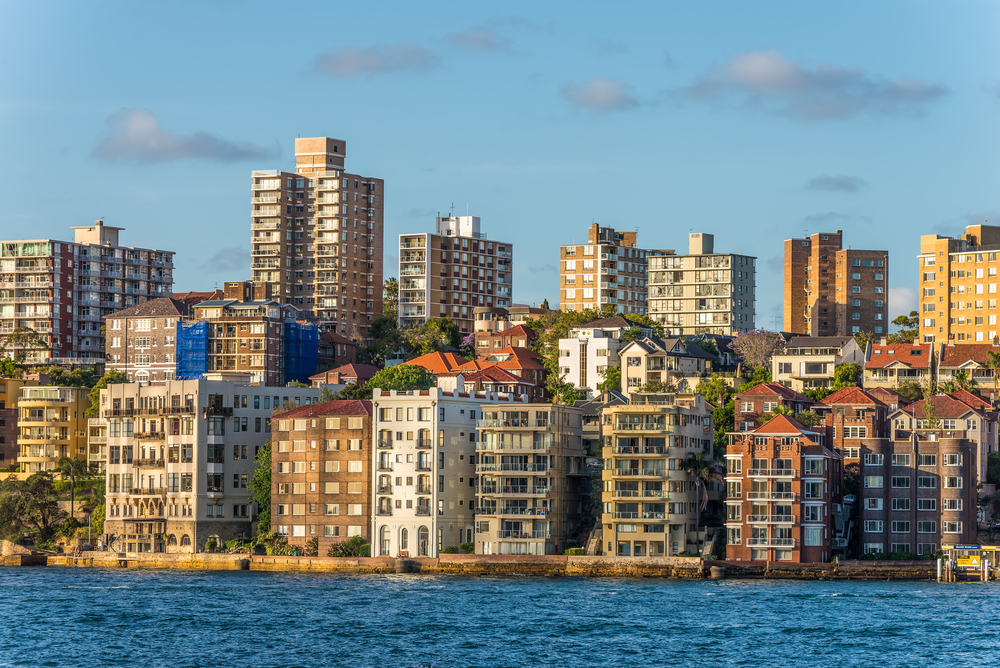 The Great Australian Dream is getting smaller - November 2019

A generation ago, the Great Australian Dream centered firmly on a big house with three or four bedrooms, multiple living areas and a big backyard.

That’s what most of us considered to be our dream home – the castle we’d eventually acquire. They were the ideal place to raise a family with lots of space and plenty of functionality.

But that’s all changing. New research shows detached homes are shrinking in size and more Australians are moving towards apartment-style or townhouse living.

It’s part affordability and part desirability. And it’s changing the real estate investment landscape in many parts of Australia.

Newly built homes are now the smallest they’ve been in 17 years, according to research from CommSec, shrinking by 1.3 per cent in the past 12 months alone.

The smallest new homes last financial year by far were built in Australia’s most expensive state for property – New South Wales. There, detached dwellings are 10 per cent smaller than in Victoria. Second was Queensland, which is experiencing significant population growth and booming demand for new housing stock, with lot sizes shrinking as a result.

Western Australia and Victoria ranked third and fourth consecutively for the states with the smallest new homes.

The ACT was the only participant to buck the trend. In Canberra, it seems, there’s plenty of space and just as much appetite – and budget – for a big backyard.

Seven years ago, Australia had the biggest homes in the world. That’s no longer the case, with the United States overtaking us.

The era of the McMansion has come to an end.

More of us are embracing apartments too. Eight short years ago, about 25 per cent of newly built homes were apartments. Today, that figure is more than 40 per cent.

This rapid trend is dramatically changing the nature of apartment living for the better.

Apartments are growing in size

Interestingly, while detached homes are shrinking in size across Australia, apartments are getting larger and larger, according the research shows.

The traditional market for owner-occupied units and townhouses is shifting quickly. Gone are the days when you’d typically find singles, couples without kids or older people in attached dwellings.

Now, just about every household type is open to the idea of unit living. It’s easier and cheaper to find an apartment or townhouse closer to the CBD centers of capital cities, in those desirable suburbs close to the hubbub.

As people increasingly move away from houses to get more bang for their buck, developers and designers are changing how they think about apartments too.

Spaces are becoming more flexible. Instead of a little corner to plonk a two-seater table, dining rooms are becoming the norm. Lounge rooms are also more generous in size. Entertainment and lifestyle are a focus, but so too is family living – there’s increasingly room to raise a small family.

And as more people opt to work from home, apartments are lending themselves to this workplace trend with adaptable study spaces and technical functionality.

It’s good news for those who are willing to call an apartment or townhouse their home.

Of course, it’s important to draw a distinction between properties of this type – those geared at homeowners – and investor stock.

Investor stock that’s cheaper, much more cookie-cutter in design, and aimed at foreign buyers and renters, is very different. The fit-outs are also vastly different, with lower cost being a priority.

What this means for investors

If you can manage to snap up a freestanding home on a decent block in a blue-chip capital city suburb, the chances of capital growth are pretty solid.

But those who aren’t in a budget position to do this can increasingly ignore the now-outdated notion that apartments don’t offer stellar growth prospects.

In a good area with good growth fundamentals – livability, desirability, gentrification and generational change, population growth, lifestyle amenity and infrastructure investment – a quality apartment is a worthwhile option to explore.

There’s a new cohort of young Australians who have no qualms with apartment living in major cities. It’s what they’re used to. It’s where their expectations largely settle. But they won’t just buy anything that’s going.

Investors should target a quality apartment with good living space, some outdoor element like a balcony, good natural light and airflow, good fit-outs that are durable, and enough room to grow.

The area in each individual city matters, too. Sydney and Melbourne have a broader number of areas radiating out from the city centre where apartment living is the norm. Cities like Brisbane, where the ‘suburbs’ begin much closer to the CBD, are still playing catch-up with this trend.

As with any investment prospect, it’s important to do thorough research to know what the market wants now, but what it will also expect in the future.

Make sure you rely on the advice of your buyer’s agent when it comes to selecting a small home option with excellent long-term prospects.