Australia has big regional centers such as the Gold Coast, Sunshine Coast, Townsville and Cairns in Queensland, Newcastle and Wollongong in New South Wales and Geelong in Victoria which have much larger populations than some of our capital cities.

But did you know that the populations of the Gold Coast, Sunshine Coast and Geelong are growing at faster rates than those of their capital cities.?

Despite this, many investors are wary of buying outside the biggest capitals and ignore smaller locations completely. 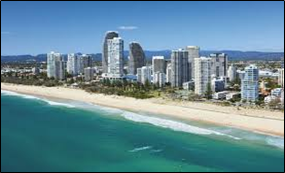 Most investors are wary of buying in smaller locations

The reasons for this are that most property investors live in our biggest city markets and so they prefer to invest in them. In fact, many of us only venture into the country when we go on holidays.

We are told not to invest in towns with less than a certain minimum population. However, it’s not the size of the town that matters, but the services that we’ll need – are there local property inspectors, conveyancers, property managers and tradespeople available to handle the purchase, management, maintenance and eventual sale of our property? If there are, then it’s certain to be big enough.

We are also told not to invest in “one industry” towns. Yet, that one industry could be expanding, and generating more housing demand. The key to investment success in smaller locations is simply that there must be potential for imminent high price growth. This is because regional and rural housing markets have consistently under performed capital cities over long periods of time – they are generally not good buy and hold types of investment areas, as the graph shows.

The graph compares the average price of a house in regional Australia to that of a similar capital city house over time. It indicates that around the time of Federation in 1901 the price of regional and country houses was equal to and in some areas greater than the cost of equivalent city houses.

During each of two world wars, large numbers of men left their country homes to serve their country and this led to a dramatic fall in country house prices when compared to city prices. After each of the wars our rural housing markets never fully recovered, as some soldiers never returned, and families started moving to the big cities.

From the early fifties onwards, we welcomed large numbers of overseas migrants and most of them preferred living in the big cites as well. This has pushed city house prices up an average of two per cent per annum more than those in country areas, so that they are now worth around fifty-five per cent of their capital city equivalents.

This is unlikely to change in coming years, with no significant or serious decentralised housing initiatives forthcoming from governments at any level and migrants continuing to prefer city living. This simply means that investors seeking long term growth should generally invest only in the larger capital cities. If timing the market is your strategy, then country markets offer great opportunities, but also higher risk.

Small rural locations can have great investment potential if the demand for housing suddenly grows. 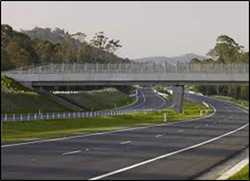 Good examples such as recent duplication of the Pacific Highway in New South Wales show that rents rise during the construction phase and then lead to increased buyer demand from retirees, tourism industries and discretionary buyers as towns become easier, quicker and safer to access.

As a direct result of the Pacific Highway duplication, towns along the completed route such as Forster, Kempsey, Taree and Port Macquarie enjoyed price rises of more than fifty per cent in less than two years.

The issue is timing the right moment to buy just before prices start to increase and then picking the tipping point when it’s time to take your profit and sell because housing demand is about to fall.

Missing this critical moment can leave you exposed to huge losses as investors experienced in towns such as Port Hedland, Newman, Moranbah, Emerald, Blackwater and Dysart during the last mining boom and bust.

John Lindeman has well over a decade of experience researching the nature and dynamics of the property market at major data providers and is a leading property market researcher, author and commentator. For more information visit Lindeman Reports.