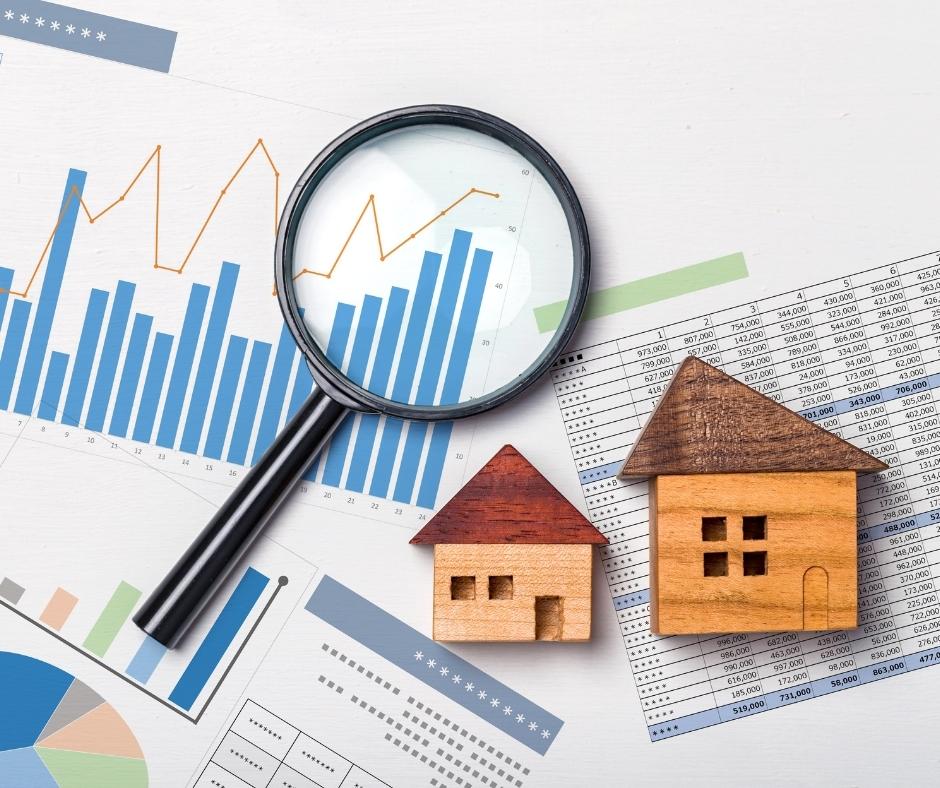 Let’s assume the next few years are going to be turbulent.

That might be an outlandish scenario, but one that could eventuate.

Let’s also assume that you want to buy property.

So, the question is - when do you buy?

Do you wait to prices fall even further? Wait to interest rates top out? Wait forever?

The issue with waiting is that you can miss the right time, and while waiting your borrowing power reduces, your money becomes worth less, and you could miss out on great buying opportunities.

A dollar today is cents tomorrow

Inflation erodes the purchasing power of your money.

While here in Australia we are not in as bad a place compared to America and the USD, with the RBA printing and issuing hundreds of billions of Aussie dollars since 2020 we also have a money supply inflation problem.

You will not hear the RBA admit this, or likely want to talk about it, but their actions in lowering the cash rate to near zero and buying bonds and other covid stimulus measures directly influenced inflation in the Australian economy.

Those measures were necessary as we locked down, but one could argue did too much for too long which overstimulated the economy.

The RBA influenced inflation because as the cash rate dropped asset prices inflated, and by buying bonds and giving banks cheap funding they enabled people to borrow at low rates which drove spending.

I do not know why central banks do not want to acknowledge their role in money printing and inflation. It would seem to me that if they did admit their actions influenced inflation it would give them more credibility, in the case of the RBA it needs as much credibility as they can get.

Anyway, let’s look at how damaging inflation can be.

Now, inflation might not persist for that long or remain that high, but I dare say it is safer to assume prices (aka inflation) will remain elevated for a while yet, especially in food, housing, and energy, which are three core parts of the CPI.

This is what inflation does to money, it reduces its (purchasing) power and value.

You need to put your money somewhere, and property could be a good place to store it.

Property is a good inflation hedge

How likely is it property prices will be higher in ten years than now?

It is likely because Australian will remain and increase its appeal as a place to live for rich and smart people wanted to immigrate from US, HK, Singapore, India, and the UK. Those people will be money and need somewhere to live.

But besides the immigration argument for price rises there is the basic supply and demand argument as well.

While most Australian cluster along the Eastern seaboard in major cities, which might seem crazy given the sheer size of the country, this is a trend that will also continue.

Demand will stay high, and supply is lagging.

Just look at the time for houses to be constructed. It is taking weeks or months longer compared to 2019 when that was a more normal market, and anecdotally it sounds like it is getting worse.

Construction companies are going bankrupt, and supply of essential building materials is slower than ever.

So, property is a good place to put your cash as it seems demand will remain buoyant into the future.

Over the next year or two as prices drop 25% and rates go up seemingly every month people will be waiting to see how much lower property prices might do, where the top of the rising interest rate cycle will be, and they might wait too long.

I am not suggesting that you jump into the market without any preparation or strategy, but to seek advice, and think about when is the right time for you, given the economic context.

My perspective is that the next couple of years is going to be turbulent, and the best course of action is to secure what you need now for the future.

What goes up, must…

The amount of money you can borrow is reducing every day.

This is true as long as we are in a rising interest rate cycle. As interest rates rise it erodes the borrowing power for people because the lenders will determine you can’t service as much debt so they will give you less.

If you could borrow to buy a $1 million property a year ago, it is likely you will only be able to borrow buy one for $900k or so now.

The real-world practical implication of this is that your budget to buy a property has gone down.

That could be the difference between an extra bedroom, or being closer to transport, or having a bigger backyard, or being near your desired school.

How much you can borrow matters.

This is one reason why borrowing sooner rather than later might help you get into the property now, when waiting might see that opportunity pass you buy.

As interest rates keep rising, and remember we are assuming they are going from 3% now to 6%, then your borrowing power could go down by hundreds of thousands of dollars.

In the near term you might pay more interest, but maybe that is the price for getting the property you want now, rather than not being able to borrow for it in the future.

Let’s do the simple maths based on 2 scenarios:

1. Buy now. If you buy the $1m property now (and your borrowing power allows it) then you will pay and extra interest – say circa 3%. So, the extra cost of holding the property has increased say $30,000pa. But remember this is not the best way to look at it. Interest rates should have normally been around 5% based on long term figures. This the cost of owning a property – get used to it. The capital growth of a quality property should be around 7%. You are building a strong hedge against rising inflation.

2. Wait and see what happens… Interest rates go up to a more normalised level within 12 months. Most likely seeing typical mortgage rates around 5%. However, at this level, your borrowing power has now reduced by more than 30% and you can’t afford to actually get into the market you desire. Other potential buyers have seen the light and start to re-enter the market and property prices stabilise and then start to rise again. In the end you’re left with frustration you’ve missed the opportunity.

The RBA is trying to change your mind

In fighting their perceived battle against inflation and the wage price spiral, the RBA will continue to increase the cash rate until they change consumers’ minds to spend less money.

If people keep spending the RBA will keep raising.

This is the psychology of interest rates and prices. If rates are going up, the RBA knows and hopes that people will spend less.

If people spend less it should mean prices do not push higher, thereby fighting inflation.

If you buy a lettuce, or a house, the money (credit or cash) you spend transfers to the seller and becomes their income. They then go and buy things. I like to say that one person’s spending is another person income. Spending is what drives economic activity, drives the economy, so the RBA is trying to reduce economic activity and spending, which could push the economy into a recession.

It is likely the RBA will point to inflation data to help justify the coming increases in the cash rate, but I would take whatever they say with a grain of salt.

It is important to remember that this is the same governor and board who said the cash rate would not increase to 2024. In retrospect that was a tragic mistake to make that statement, and who knows, maybe they will have to back track and cut rates if the global and local economy enter into a serious recession.

There might be really good buying opportunities in the chaos of the next couple of years.

Buying property can preserve, and even grow wealth in tumultuous times, even when things are turbulent.

For most people, especially ones that do not rely on advice from property buying experts, trying to time the market is nearly impossible, especially picking the highs and lows, so while they wait for the bottom of the market they might miss the opportunity.

About Max McFarlane
Max McFarlane is the Managing Director of Skyward Financial. who holds an MBA from the University of Technology Sydney (UTS), has 15 years’ experience in financial services, and is on the board of the Commercial & Asset Finance Brokers Association (CAFBA) as an industry leader.
skywardfinancial.com