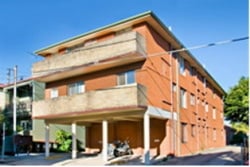 Buyer's Brief: Interstate buyer looking for an apartment to live in when starting new job.

I initially looked into engaging a buyer’s agent because I was purchasing in Sydney while living out of the state. However I found that it was so good having an expert on my side that I will be using propertybuyer again next time I am buying – even if I am living locally.

“…I will be using propertybuyer again.”

Jonathan was moving down to Sydney from Brisbane to begin work in January. He had a limited budget of $330,000 for a one bedroom property with good access to city transport. Jonathan came down to Sydney and we drove around the Inner West suburbs to orientate him with the suburbs that would fit his financial brief. I also showed him a reasonably sized studio in Newtown with a prized car space as an option which was much closer to the city and steps away from King Street. He decided he would sacrifice space for location and loved the electric mix of the Newtown strip along with the easy train access to the city.

SPEAK TO AN AGENT