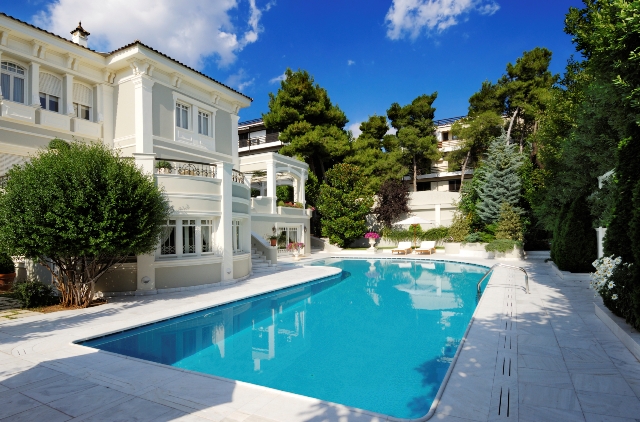 Buyers are flocking to auctions in droves and throwing huge amounts of cash down in order to win at increasingly fierce auctions. But at the same time, the number of listings of available properties remains extremely low.

You know what that means. The classic supply versus demand equation comes into play, seeing properties sell for well above guide and a number of unsuccessful buyers leaving disappointed.

But what if there was a way to buy a prestige property in a prime suburb without the competition, without the hassle of searching, without the over-expectation price tag and without even having to talk to a real estate agent?

Over the weekend, the auction of a five-bedroom luxury home in the prime eastern Sydney suburb of Vaucluse painted a picture of how much the prestige market has bounced back in terms of demand.

The property sold for $5.86 million, which was several hundred thousand dollars above the guide price, after a frenzied bidding war. One of the unsuccessful parties, radio host Jackie O, registered to bid having only seen the house that morning.

There were more than two dozen bids before the hammer fell – an astonishing result given the climate the market is emerging from. But it’s a sight that has played out at auctions for the past six or seven weeks.

Buyer interest in the city’s best suburbs has exploded in recent months as confidence returns to the market. People who were holding off on purchasing until prices looked to have bottomed out are back in force.

Vaucluse is a great example. Realestate.com.au data rates Vaucluse as a suburb in high demand, with 993 visits per property listed. That’s well above the state average of 706. The current median house price as of August is $6.5 million while for units it’s sitting at $1.01 million.

It’s a similar story just across the Harbour in Mosman, albeit buyers there are out in higher numbers thanks to the relative affordability compared to Vaucluse. It’s also a high demand market, with 1145 visits per property. Earlier this month, a three-bedroom house in Mosman sold for $2.56 million after a bidding war, $450,000 above guide. The median house price there is $3.6 million and the median unit price is $980,000.

On the North Shore, Newport has also roared back to life after an up-and-down few years, with 1328 visits per property making it a high demand market. The median house price is $1.7 million and for units it’s $815,000. A new listing there, a prized waterfront mansion with its own private beach, is attracting a lot of interest despite its $10 million price tag.

Such is the level of competition in the prestige market. Buyers are out in force and so it seems the days of being able to drive a good deal on your own are over.

While demand is high in some of Sydney’s most desirable suburbs, supply remains extremely low.

Listing levels are well below average in Vaucluse, Mosman, Cremorne and Newport. Those who were considering selling but sat on their hands during the price correction are now looking around and wondering if they should keep waiting.

Many feel that if it wasn’t a good time to sell at the start of the year while prices were stagnate, it might be worth sitting tight while they continue to rise.

While this lasts, we’ll see more frenzied auctions where eager buyers will go to war to get the home they want. Those examples of homes going for hundreds of thousands of dollars over the guide won’t be one-offs.

How can you compete with that sort of climate unless you’re willing to get your cheque book out and throw a substantial amount of money at an auctioneer?

Buying a prestige property in a prime market in a conventional way, with dozens of others willing to bid, will only get tougher. If you don’t have the time to invest in meticulously seeking out these opportunities on your own, doing your due diligence, crunching the numbers and then trying your luck on auction day, I don’t blame you.

That’s where a buyer’s agent can be worth their weight in gold.

By engaging an independent, properly qualified and well-connected buyer’s agents, you can seek out off-market opportunities that don’t make it to the listings pages of realestate.com.au, Domain or even the newspaper lift-out on a Saturday.

Why would anyone sell this way in a hot market? For a number of reasons.

Half of the prestige sales that take place in Sydney do so off-market. You don’t hear about them because that’s the way the vendors want it. There’s a huge benefit for sellers to transact privately – they don’t want stickybeaks traipsing through and a yard full of people and media on auction day. They want no hassle or fuss. It’s also a less expensive process, which even the owners of million-dollar properties appreciate.

And it’s streamlined, taking the months of uncertainty and time-consuming hoop-jumping out of the equation.

For buyers, it means less competition and not having to deal with a selling agent, because that’s the job of your buyer’s agent.